How Gen Z Will Shape the Future of the Workplace 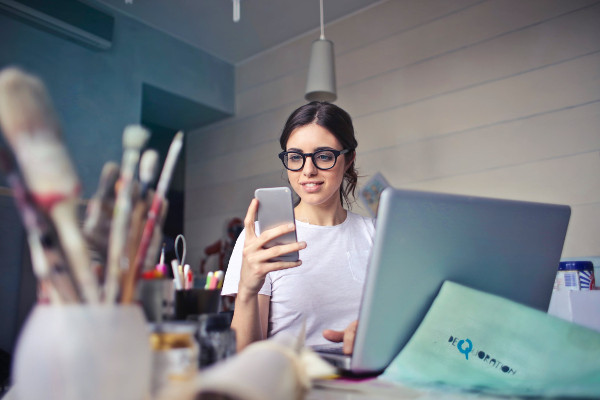 Until recently, the story of the modern workplace was dominated with the entitlement driven criticisms aimed at Millennials.

The idea that a generation would have so many inherent accommodations and needs, holding captive a workplace that would have no other choice but to conform to their idealistic, entitlement-driven demands, has been something of a newsworthy accomplishment by this struggling segment of the almost working class.

Also read: Starting To Hire Gen Z? Here’s How To Handle It

Despite this publicity, bringing up the rear is a new generation of young people, somewhere in the range of 13 to 24-years-old, who have started to already show signs of bucking the Millennial trend.

This generation is known as Generation Z, and it may prove to wreak havoc on the landscape of the modern workplace as has been defined by Millennial thinking.

The Rise of the Digital Natives

One thing that sets Generation Z apart from all other generations is the fact that they have never known a time when there was no Internet.

Being the generation of true digital natives, Generation Z is already proving to be far more fluid in the use and comprehension of digital technologies than Millennials.

Adding their individualistic tendencies to this mix makes Generation Z a force to be reckoned with when it comes to digitally-based entrepreneurial endeavors.

Additionally, these digital natives have a more positive relationship with technology than the Millennials do also. So, it is expected that Gen Z’s will dominate in tech-based businesses, because they view the world so intently through the lense of technology and harbor the fluidity in speaking the digital language on which modern society is built.

A Partial Return to Individualism in the Workplace

If there is one area where Generation Z departs from the Millennials in the workplace, it is in terms of the team versus the individual.

Also read: Millennials vs. Generation Z: How Do They Achieve Success in The Workplace?

Where Millennials were all about an open space work environment where teamwork was the end-all-and-be-all of how employment was to be orchestrated in the daily grind, Gen Z’s appear to be looking for a more balanced approach to this model by making equal time for group work and independent work.

With this different approach to the work environment that Gen Z’s will bring, HR departments within smaller firms should consider this impact on their ability to insure themselves and find small business insurance quotes that will be most beneficial for their business and employees.

One reason for these shifts in work preferences is the fact that Generation Z is far more money and career motivated than their predecessors.

Of course, how is Generation Z supposed to respond to living through the recession of 2008 that left many of these individuals to learn to appreciate what little they had from such a dismal economic experience? If anything, they have a modicum of healthy anxiety over finding and maintaining a stable job—something often absent in the Millennial mindset and practice.

Because Gen Z’s grew up as the children of the digital landscape, they are naturally accustomed to making connections between people and eliminating the barrier termed “generation” as an obsolete distinction.

While Millennials are pushing ideas like small business insurance quotes as slogans on the Internet in the name of striving towards affluence, Generation Z is looking beyond the ad slogans and asking how such business-related ideas could become a more positive contribution to everyone in their connected online sphere: trading in affluence for far greater connective influence as they go.

Generation Z is making waves that have, not as yet, been fully realized by the business world. Yet, they have made enough of an impact that the networking side of business is something they do, not by corporate training, but by sheer upbringing.

These digital natives only know that reaching out and connecting with others and holding on to a stable paycheck is the central basis for the stability they seek in order to lay their economic anxieties to rest.

In this respect, Generation Z may bring a competitive edge to the table over Millennials in the workplace.