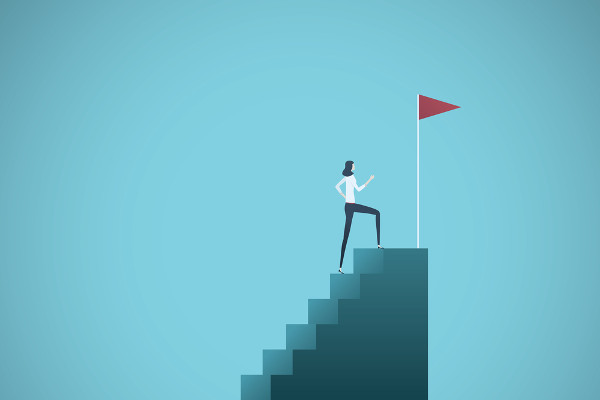 The war for talent is raging as companies pour cash into sourcing and developing ‘talent.’ How do we know this is a worthwhile endeavour? It’s just a widely-known fact, isn’t it? Everybody knows that attracting the most talented people will result in gaining a vital competitive edge over the opposition. Besides, we were told to think this way back in 1998 when McKinsey director Ed Michaels declared the war on talent, stating that ‘all that matters is talent.’

HR departments reset their compasses as human resources became human capital and organisations set out to mine and polish this precious gem – but all that glistens is not gold and those who were panning for something shiny that would produce untold riches may have been prospecting in vain while unnoticed, above the dried up riverbed, a fast road to the future had already been constructed by companies focused on technological innovation.

For 20 years, companies have been waging a proxy war against each other on the battlefield of talent but it’s arguable if there are any clear victors or any proof that the investment has led to a commensurate result – why? Parking for a minute the premise that the talent war is a phony war, the word itself is too vague and amorphous. It may be interpreted as referring to leadership, creativity or entrepreneurship and these are the skills that companies invest a sizeable slug of their training budget in but is it just pouring money down the drain?

We may be guilty of trying to retrofit a 1990s’ engine into a 21st-century electric car. For the majority of the 20th century, the only way to create more power was to build a bigger engine, then through turbocharging, increase the throughput of fuel. Leadership models have followed a similar path as we marvel at charismatic leaders while ignoring their blind spots. In the current age of flat structures and agile management based on peer-to-peer shared responsibility, we may no longer require leadership in its traditional form.

What about the rank and file of the workforce, surely it makes sense to try and identify and release untapped potential? Or does it? Ask most employees if they feel they are being used to their full potential and they will say they are not. At the same time, employers perceive a dearth of ability and search despairingly for the elusive talent they believe they need. Both groups may be misguided for they are seeking to fill the company car park with Ferraris when the speed limit dictates they will never get out of second gear.

Now for a yet more painful reality check. For years, we’ve compassionately pronounced that a company’s greatest asset is its people, but this may no longer hold true. Firstly, we shouldn’t lose sight of the fact, which many have, that assets are the items you see on the balance sheet such as inventory, cash, property, plant and equipment, trade names and intellectual copyrights. These are the results upon which a business is judged in the same way that a football team is assessed on its trophy haul rather than the talent of its players. We have assumed that talent leads automatically to success, which it does not.

People management strategies will need to leave behind the buzzwords and heroic terms of 1990s’ management speak and focus on the more pragmatic skill set needed for today’s ever-shifting business environment with disruption as the norm, shorter and shorter product lifespans and investment horizons.

How can the workforce be prepared for this pop-up job lifestyle and what does it mean for talent managers? Coincidentally, the answer to both questions is the same.

Work will need to be recalibrated from being a predictable, replicable continuum into a series of timebound, defined projects with specified inputs, beneficiaries and measurable outcomes, with ‘end or review’ dates – so that activities do not exceed their sell-by date. Whether on the payroll or not, all workers will become contractors of sorts and HR and department heads, contract managers. This agile approach will be easily accommodated by millennials and younger generations while those raised in paternal hierarchies may struggle to adapt.

Forget the historical search for talent, that was a last century’s battle, the new quest is for a system that can deploy people only where they are needed. For that, we need to provide the workforce with tools that measure usefulness and impact, not heroism or a misty notion called talent.

George Sandford is a former HR Manager, management consultant, writer and co-founder of Praski Publishing. He has written in Personnel Today (UK), Business English Magazine (Europe) and is author of Cambridge University Press – English for Human Resources, and around 40 e-books.

Robert Reinfuss is a former HR Director and owner of Reinfuss Consulting and ValueView, specialising in strategic HR consultancy and organisational efficiency in the CEE region. He has featured extensively in Polish HR publications.