Body Language at Job Interviews: How to “Read” Candidates 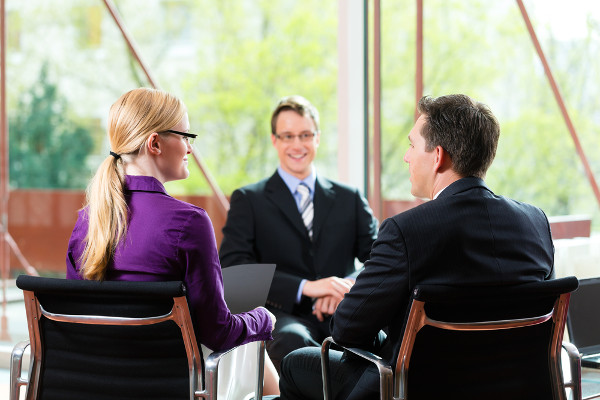 Job interviews are stressful for candidates, regardless of skills and experience.

Recruiters know that, so they try hard to turn a blind eye to some tiny details, attributing those to freeze.

And yet, body language at job interviews can tell a lot about a candidate for you to decide if they are a fit for hire.

Back in the 1960’s, there was a study – in fact, it’s still often cited today – stating that 55% of communication is body language. It claimed that only 7% went to words spoken, while 38% was our tone of voice.

Sure enough, it’s not the exact science, and body language signals are not that difficult to misinterpret. Take my story, for example:

I slouch all the time. Dr. Cal Lightman from Lie to Me would definitely call me arrogant and determine my rapid blinking as the intention to deceive a recruiter. But everything is a great deal simpler: I have anterior curvature and myoneural strain.

But still, the art of nonverbal cues is a must-know for HR specialists today, when job seekers themselves understand its role for building a career and do their best to master this art for succeeding at job interviews.

Body language is a tool

“You never get a second chance to make a first impression.”

That’s the best way to say it when speaking of body language: facial expressions, gestures, and posture shape our reputation.

Words and tone of voice matter, but when they don’t match with our body language – people discount the words they hear to believe the gestures they see. It happens because our subconscious runs the majority of body language and understands the difference between those two messages, verbal and nonverbal ones.

There’s a theory that if you want to win over people and turn them to own views – do your best to change body language accordingly. More than that, your “new” body language is able to make you feel different inside.

In her 2016 TED talk, body language specialist Ann Washburn told about the 2009 study published in the European Journal of Social Psychology. The point was that scientists asked one group of people to fill out a self-evaluation in a slumped stance (which is a signal of negative, push-away body language) and another one – in good posture (which is positive body language).

It appeared that those in good postures rated themselves higher.

After all, a job interview is a game of two, isn’t it?

I mentioned my slouching above. Though I can’t do anything with that, I understand that it’s a red flag for recruiters because it’s a nonverbal signal of disrespect and low self-confidence.

Candidates who sit straight on a chair’s edge and lean forward a bit are whom most recruiters want to see: they demonstrate positive body language and the interest in what they see and hear. Leaning back in a chair is usually negative, as well as coming too close to a recruiter’s face: intruding in your personal space promises no joy to a candidate, and when they lean back – they subconsciously demonstrate a defensive position.

Also, pay attention to a candidate’s shoulder movements. Words of excitement together with no moves or moving one shoulder only is a sign of uncertainty or even lying.

Also read: How to Assess Personality in an Interview

People express themselves with arm and hand gestures, and it’s okay to interview a candidate using them for emphasis. Besides, it may be a sign of creativity. But it’s a negative sign if he overdoes this: chopping movements and constant finger pointing are signals of authoritarian tendencies. So make sure if you want to see such type of a person on your team.

Other gestures to read:

It’s the trickiest one.

Sure enough, we don’t like when our interlocutor averts eyes or seems to focus on something above our shoulder. But at the same time, it’s natural for shy people to avoid direct eye contact or look away for a moment when trying to remember something.

Most recruiters consider poor eye contact a signal of low self-confidence or an attempt to lie. Some specialists suggest that “avoiding eye contact is one of the first non-verbal cues people will interpret as being dishonest.”

However, there’s also a theory that people tend to make more eye contact when they want to deceive you. Wouldn’t you consider those stating at you intensively rude?

The point is that eye contact definitely matters, but don’t hurry up to dismiss a candidate once he looks the other way for a moment. Looking up and down from time to time doesn’t turn him into a lair, neither.

According to neuroscientist Lynne Franklin, there are three types of people in the world: lookers, listeners, and touchers. Understanding how their bodies communicate, you can read their mind and organize the work (and communication) with them better.

So it appears that “reading” candidates during job interviews allow you to win over them, make them feel more comfortable, and help them step up to the plate.

And once you see their “real” face, you’ll be able to run out of common prejudices on body language and understand if this person is whom your team and company need.