The Rise of Women Leadership in Business 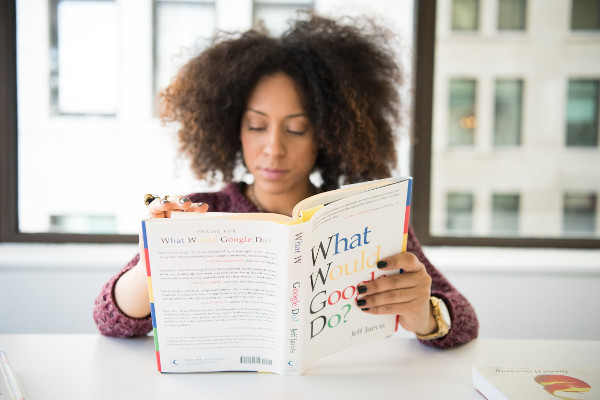 Research shows there is a positive relation between female corporate leadership and positive organizational performance. A gender diversity study sponsored by the Peterson Institute for International Economics reveals that women in the C-suite contribute to improved organizational outcomes. Additionally, the study cites that diversity, in general, improves organizational performance. The study does not conclude that women are better CEOs compared to men, but it does report that fair and unbiased representation throughout an organization improves operations.

Also read: Here’s why you should encourage gender equality in your company

Historically, entire fields – such as public relations, for instance – have been largely controlled by white male business leaders. While this has changed, the call for inclusion and diversity in the business environment is growing among enterprise leaders. While 85-percent of public relations experts are women, only 59-percent hold management positions and only 30-percent of global PR agencies are run by women. Even though there’s been much progress in this matter, much work remains to ensure diversity and inclusion in the American business landscape. Various groups, however, are working towards remedying this circumstance.

A Growing Force in the Marketplace: Women in the C-Suite

As of 1997, minority women owned 929,445 businesses in the United States. 17-percent of all businesses were female-owned at that time. In 2014, this number rose sharply to 33-percent. With 14-percent business ownership in 2014, African-Americans represented the largest women’s business ownership group, followed by Latina women, who maintained 11-percent ownership and Asian-American women who sustained 7-percent ownership. Other minority groups, such as Native American, Alaskan, Hawaiian and Pacific Island women owned less than 1-percent of United States businesses respectively.

Also read: Women And Mentoring In The Age Of #MeToo

The role of women in top management and business ownership has evolved. Women executives and entrepreneurs have become rock stars, especially in marketing, business and entrepreneurship. They are a vital part of business in the United States. As of 2014, women own more than 30-percent of all firms. This equates to approximately 9.1 million women-owned businesses, which produced more than $1.4 trillion in revenue that year. Arizona, the District of Columbia, Georgia, Nevada, North Dakota, Utah, Virginia, and Wyoming are the states with the fastest growth rates, highest employment and top revenues for U.S. female executives and entrepreneurs.

Equality and Diversity Adds Value to the Marketplace

Studies show that enterprises with a strong female leadership presence outperform their non-inclusive peers by nearly 3-percent. However, notes the study, appointing one woman as CEO is not enough to achieve this result. Diversified and inclusive enterprises include a minimum of three women on their executive boards to promote tangible change. The study points to other research, which suggests that diversity leads to better organizational problem-solving. Another study concluded that diversity among organizational leaders delivers more marked results with solving problems of increased complexity.

The career growth of female executives has moved slowly among United States corporate boards and business leadership roles. There are no legal mandates for gender inclusion and diversity. However, research shows that United States enterprises could easily increase the number of women in leadership by 30-percent. In fact, researchers forecast that women executives will comprise 30-percent of organizational leaders by the year 2027. However, an accelerated and conscious effort to reach this goal would be beneficial for improving diversity.

Women are expanding their roles in business and entrepreneurship. They’ve come a long way and will continue to make progress with equality in business and other fields. To promote this change, industry leaders must proactively work toward gender diversity and inclusion. This includes mentoring highly qualified women executive candidates and helping them develop career strategies that will excel their careers. Additionally, mentors must help future women executives and business leaders establish and meet quantifiable goals with definitive timelines. This kind of mentorship requires vision, strategy and the desire and ability not only to meet, but to exceed current diversity efforts. Still, the desire for a better future is not enough. The United States business landscape needs sincere mentors for women executives who also know how to make that desire a reality.

Millennials are the most educated group of women in history. Organizations that are working toward gender diversity and inclusion must understand Millennials to make a difference in the corporate landscape. Corporate mentors can help women executives and entrepreneurs establish and work toward their goals. However, these talented professionals also need businesses and employers who will onboard women leaders and make increased gender diversity and inclusion among United States enterprises a reality. With fair and focused effort, the business leaders of today can work toward creating a brighter and more promising tomorrow.