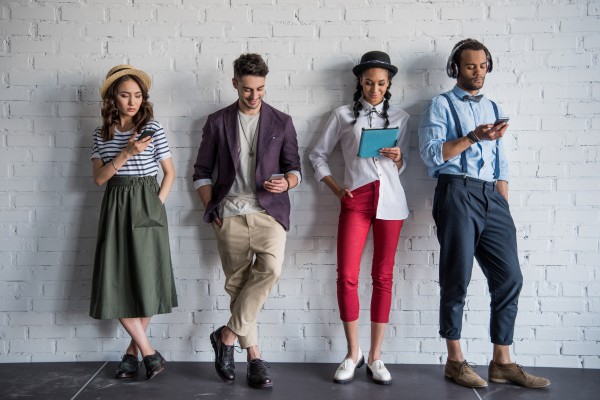 To say that Baby Boomers and Millennials aren’t speaking the same language when it comes to both of their relationships with work, careers, and life in general in our modern world would be the understatement of the century. Boomers are (understandably) pretty “old-school” about how things should be done, about the value of good old-fashioned elbow grease and grunt work, and about pushing through obstacles and adversity with nothing more than a little bit of brute force and street smarts.

At the same time, Boomers place a sky-high value on traditional education, a traditional workplace hierarchy, and some values that seem a little bit antiquated and out of touch with today’s generation. Millennials workers are all about agility, flexibility, and a lot of freedom in the workplace – a culture that has a lot of Millennials workers either anticipating or expecting that they are going to either be fired, let go, or leave a lot of the jobs that they have as they move throughout their career.

Also read: Millennials Want to See Your Company Values, Not Hear About Them

Millennials workers have been pushing back quite a bit against traditional workplace hierarchies, rejecting job titles as well as the traditional workplace garb. Office walls have quite literally come crumbling down and have been replaced with open office concepts (to mixed results as far as productivity is concerned). Plenty of Boomers remain in the workforce today, operating right alongside their new Millennials coworkers with the new Millennial work ethic on full display, and that’s been causing a lot of friction between these two completely distinct cultures.

The Business World Has Changed Completely

The world of business has changed entirely since Boomers first entered the workforce, in ways that many of them never could have anticipated or expected.

Boomers were raised on a business culture that revolves around finding and securing long-term prospects at a single company, working your way up from (sometimes, quite literally) the bottom to as high as your aspirations and talent would take you – sticking with that same company through thick and thin, investing in your skills and your professional development, and receiving rock-solid security along the way because of this approach. Millennial work ethic exists in a world that couldn’t be more different.

As highlighted above, Millennials workers understand the overwhelming majority of businesses today see them as little more than replaceable cogs in the machine – cogs that would be replaced with robots if at all possible (and likely will be in many industries, sooner rather than later). Because of this attitude, Millennials workers are much more likely to squeeze every job opportunity for as much “juice” as possible for their career, they are initiatives, and their interests while keeping an eye on new opportunities across the horizon that might give them a chance to level up.

Companies are quick to dispose of Millennial workers, but Millennials themselves are just as quick to dispose of workplaces that no longer align with who they see themselves as, too. Millennials workers, in particular, are interested in working for companies that have goals and aspirations that align with their own personal goals and aspirations – even if these attitudes are little more than surface level.

The big knock against Millennial work ethic is that this new generation just doesn’t work as hard as generations before them. Nothing could be further from the truth. Millennials work ethic levels are sky-high – and they have to be, with how competitive the new job environment is these days. Millennials aren’t just finding with the other local Millennials for job opportunities, but they are also fighting with technology and outsourced employees around the world.

Millennials are also finding that some of the foundational industries that Boomers worked in for decades are disappearing faster than anyone could have expected. Newspapers, for example, have all but disappeared and been replaced by the new media of the internet. Plenty of jobs that had to do with the production of physical newspapers are gone and likely gone for good, jobs that aren’t being replaced as quickly as they would have been in the past.

Study after study shows that Millennials not only have a rock solid work ethic (that may present itself differently than the work ethic displayed by Boomers), but they are also a lot more created and a lot more collaborative when they have a passion for their vocation. Companies like Velvet Caviar are a perfect example of a Millennials focused operation, a creative outlet that takes full advantage of all the skills, all the talent, and all the energy of Millennials workers operating in collaboration with one another to create a tremendously successful enterprise.