Is stress an acceptable reason to call in sick? 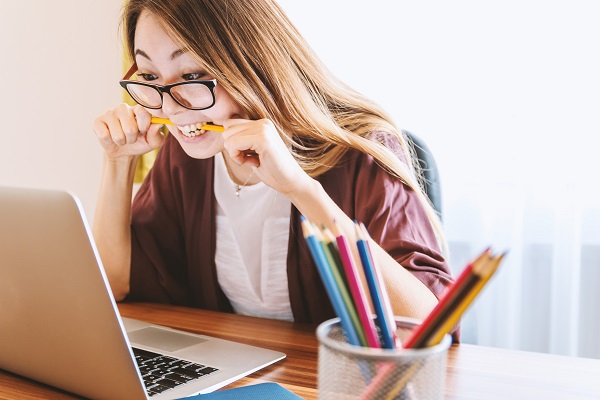 A look at the stigma around mental health

As many as 1 in 6.8 people are experiencing mental health problems at work and 12.7 per cent of all sickness days in the UK can be attributed to mental health conditions, says a report by the UK’s Mental Health Foundation.

Historically, there has long been a stigma around mental health issues both in and out of the workplace. And while there are signs in the business community of greater efforts to protect the mental wellbeing of employees, there is still much to be done.

So, are we still stuck in an era where stress and mental ill health are not seen as acceptable reasons to take time off from work? In this article, I’ll be looking at the stigma around mental health and exploring whether or not employees and employers perceive stress as an acceptable reason to call in sick.

Do employees feel comfortable calling in sick with stress?

Sadly, it’s still the case that most employees would rather struggle into work when they are suffering with stress or a mental health issue, or lie about the reason they are taking time off sick.

A recent report in The Independent supports this claim, arguing that the potential reactions of both colleagues and employers makes those struggling with stress or a mental health condition feel unable to open up about their experiences. As a result, a whopping 95 per cent of employees calling in sick with stress give a different reason for needing time off.

HR News report that 1 in 4 employees have taken time off with stress in the last year, so clearly stress is a major causative factor when it comes to absenteeism. However, despite this statistic, half of all employees admit they would not approach their employer with stress-related worries.

A sickness report by Breathe HR, which surveyed 1,003 employees working in private sector SMEs in the UK, found that just 62 per cent of employees regard mental health issues as an acceptable reason for absence. Worringly, Breathe’s research also uncovered that only 25 per cent of low or unskilled workers would feel comfortable reporting themselves absent due to poor mental health.

A report by Onrec paints a similar picture, uncovering the fact that 42 per cent of UK employees calling in sick claim it is due to a physical illness, when in reality it’s a mental health issue, and that 21 per cent have taken time off due to stress, but pretended it was something physical.

There is considerable evidence that the issue of presenteeism and stress at work is a real problem for UK businesses and that the increase in people going to work when ill is largely linked to stress, anxiety and depression, says the Chartered Institute of Personnel and Development (CIPD).

These statistics confirm that many employees still don’t feel comfortable revealing they are suffering from stress, or telling employers that is the reason behind an episode of absence.

What are the reasons people call in sick?

There are many reasons why someone might need to take time off work at short notice from genuine illness to family emergencies. There has long been an unwritten code in the workplace of valid reasons to call in sick, with physical illness and injury perceived as the most acceptable.

Stress, anxiety and depression, on the other hand, aren’t always viewed as valid reasons to take time off work and some employers are complicit in reinforcing the stigma around mental ill health.

While the issue of mental health in the workplace is becoming increasingly recognised by employers as something that needs to be tackled, many employees are still afraid to discuss mental health with their manager. There is also still considerable pressure being exerted by some managers regarding acceptable reasons to be absent from work.

A report in The Telegraph highlights the results of a survey carried out by health insurer, Axa PPP Healthcare, which found that flu was the most acceptable reason for staff to stay at home. Vomiting and diarrhea are also seemingly acceptable excuses for not coming into work, whereas stress, anxiety and depression earns far less sympathy from managers.

Why the stigma around mental health at work?

The stigma around mental health is a historical problem. Society has stereotyped views about mental health since the mentally ill were housed in large institutions in Victorian times. Even under the development of the NHS, mental health services haven’t been put on the same footing as physical health. It’s this historical legacy that permeates many boardrooms and minds.

The cost to UK business

According to the OECD, (The Organisation for Economic Co-operation and Development), mental ill health is costing the UK approximately £94 billion annually, including treatment, support and losses to the economy. The economic cost alone has previously been reported by the Centre for Mental Health to be nearly £35 billion in a single year.

The Advisory and Conciliation Service (Acas) also draws attention to the other impacts mental ill health can have on organisations:

Stress and mental illness are valid reasons for taking time off work, but evidence suggests a significant number of employees still feel uncomfortable about taking time off for these issues.

Employers need to do much more to help employees feel comfortable in coming forward when they are experiencing stress-related worries or mental health problems. Stress SHOULD be a perfectly acceptable reason to take time off work if it is affecting wellbeing. In the long game, for the sake of both employee health, engagement and productivity it makes far more financial sense.