“Employment law violation” is such a scary term that you’d imagine this is something that only happens in “evil” offices. Companies where everything is toxic and bad men smoke cigars in dimly lit offices while trying to figure out how to get workers to do their job for as little payment as possible. And while it would be nice if those were the only kind of offices that broke the law, the truth is that there are many types of employment law violations. And they are far more common and easy to miss than many people realize.

This poses a problem. After all, being unaware of a violation could lead the company to violate employment law for months, which will come back to haunt the company once someone finally speaks to a lawyer. Potential issues like these are why many big companies choose to have law firms audit them every so often, which can help weed out employment violations big and small before they become a bigger problem. But if the company you work for — or the company you own — can’t afford such an audit or isn’t big enough to justify it, the second-best thing is to keep an eye out for the most common types of employment law violations. Then, if you catch someone on your team making these mistakes, you can correct them before the situation becomes a potential source of litigation. 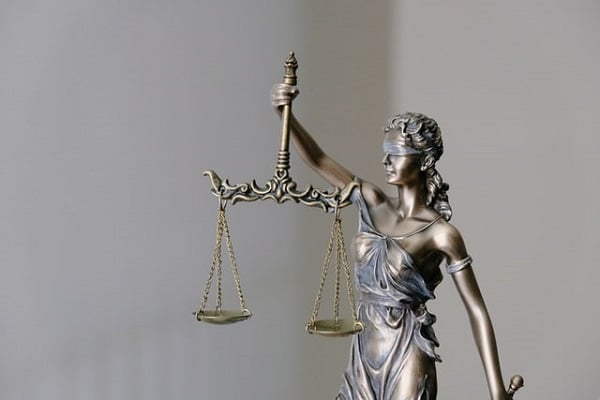 Businesses aren’t allowed to discriminate against their workers based on race, sex, age, religion, nationality, disabilities, etc. The key thing to keep in mind is that discrimination is against the law, whether positive or negative. So firing someone due to their religious beliefs is just as illegal. But giving them a raise based on nothing but the fact that the company’s owner is a member of the same religion is also illegal.

It may be hard to prove discrimination based on a single occurrence in both cases. But if there are dozens of cases, a good financial industry employment lawyer will have something to work with.

Workplace sexual harassment can take many forms. It’s not only about unwanted physical contact or offering rewards in exchange for sexual favors. Lewd jokes and mean sexual comments also count as sexual harassment—ditto for sending lewd messages and images over text and email during and outside office hours.

This one is easy to miss because workers often don’t discuss their salaries enough. However, a major employment law violation is the failure to provide women equal pay for equal work. One that can be even more serious if an investigation reveals a pattern of this happening in the company, no matter how accidental that pattern is or is claimed to be.

Different states have different laws regarding minimum wages, overtime pay, overtime hour limits, and more. Add to that the fact that minor changes to these laws at the state and federal level happen nearly every year, and it’s no surprise that many wage violations occur because employers weren’t aware a given rule existed. So make sure whoever is making certain employees get paid is also familiar with at least Cliff’s Notes version of wage laws in your state.

American workers often don’t feel comfortable talking about their salaries, and that’s fine. However, they have a legal right to discuss wages and pay rates, both inside and outside of the workplace, and trying to implement office policies that prevent such discussion is usually illegal. If your office has a rule like that in the books, you should sort it out as soon as possible.

It’s also illegal to ban workers from talking about their work on social media or retaliate against workers who complain about their job online. There is one exception when a worker is lying or making malicious statements. But as long as the complaint is valid, a worker can’t be punished for voicing said complaints online.

Whistleblowers are generally protected by law. There are legal limitations on how it must be done, but it is generally legal for employees to report wrongdoing they witness at work to the relevant authorities. And it is illegal to retaliate against employees who reported illegalities using the proper channels. Meaning a whistleblower can’t be fired or denied opportunities to advance as punishment for having reported the truth.

The law is filled with rules and exceptions that only apply to certain types or categories of workers. One such example is the various rights and benefits that employees have but contractors do not. Because of that, many employers try to get out of offering those benefits by labeling certain workers as “contractors”.

However, as far as the law is concerned, whether someone is an employee or a contractor isn’t determined by the label the employer chooses to use. As long as a certain worker meets the legal criteria to be considered an employee, they need to get employee benefits, and failure to provide those benefits is an employment law violation. The details of who counts as an employee and who doesn’t vary from state to state, so make sure to check your local regulations.