Is there going to be a workforce crisis after Brexit? 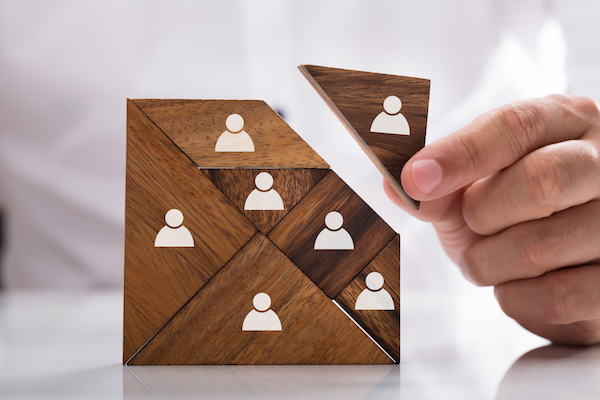 Let’s be honest, most of us are sick of hearing the “B” word. Isn’t it over already? Can’t we just shut up and accept that nobody has no idea what’s going on? Is it possible to just end all conversations about it until there’s some sort of definitive news? If only.

Unfortunately, even though any sort of big impact may feel like a long way off, the looming prospect of Brexit has some pretty major implications for everyone. Students with dreams of continuing their education in Europe, young adults hoping to work abroad before settling down, families planning next year’s summer holiday and couples aiming to spend their retirement years on a sunny beach somewhere – whether you know these people or are one of these people, you’ll be feeling the effect sooner rather than later.

Another area where Brexit is threatening to cause an avalanche? Employment.

The number of job vacancies hit an all-time high at the end of last year, many of which were in the service sector and manufacturing – essential parts of a growing economy. At the moment, Britain heavily relies on EU citizens to fill these roles, either because native workers are too unwilling or unskilled to perform the work, meaning that, when they go – which 47% of them are considering if they haven’t already left – the country is going to stumble, big time.

Other affected industries include construction (not good for a country that seems to be continually facing a housing shortage), and the already-suffering National Health Service, where the number of EU nationals registering as nurses dropped by 92% last year.

It’s not looking rosy, is it?

Where are all the British workers?

The problem is that the fragile, entitled British millennial generation is too busy loafing around on the sofa and sponging off their parents, right?

Well, sorry to burst the bubble, but unemployment is reported to be at a four-decade low (besides, millennials are actually all adults now – you’re thinking about Gen Z). You might also recall that this year saw the lowest ever number of university applicants, namely because we currently have the smallest number of 18-year olds in history. This trend is set to continue, with the number of UK-born under-25s to drop by 130,000 by 2020.

At the other end of the spectrum, 143,000 British Baby Boomers left the workforce last year, going from a population that adds to the government’s tax revenue to one that consumes more NHS resources. We’re not far from a top-heavy situation, where fewer young people are left to support a growing number of elderly.

How do we make up that deficit? Well, according to the Mercer Workforce Monitor, 147,000 EU-born workers entered the UK economy last year, acting as an offset. As you might imagine, Brexit has caused an exodus of these workers and dramatically restricted the volume of new EU nationals coming in.

Where does that leave UK businesses?

To be frank, it leaves the UK up a particular creek without an EU-citizen to paddle. To stay afloat and even vaguely on-course, British businesses need to be addressing a potential workforce deficit as soon as possible. Even if they don’t currently have many (or any) EU employees, the vacancies these workers leave behind at other businesses may have current staff jumping ship for more attractive opportunities.

Employee satisfaction is going to be more important than ever. Yes, this will mean competitive salaries, but it will also require a concerted effort from employers to boost employee engagement and make sure they are creating a rewarding environment. The old-school style of simply expecting loyalty in exchange for incremental wage increases is history. Ethical working practices, flexible and transparent policies and two-way communication is going to be the way forward if business expect to weather the storm.

The fact is, we have a fantastic variety of opportunities in the UK, with room for all levels of education, all industries and all walks of life. We’re lucky to have such a diverse range of jobs – but that means we need a diverse range of people to fill them.