Onboard Remote Employees Easily and Effectively 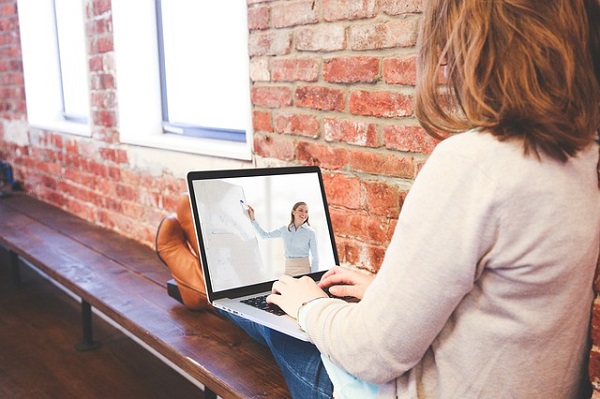 A New Suite of Considerations

The modern working environment is more than 25% remote, and it’s very likely that trend will expand rather than contract owing to the cost-effectiveness of decentralization. Onboarding remote workers in a decentralized environment require a different approach than traditional onboarding.

To properly understand the best and most efficient way to onboard new personnel will require getting a bit of background on decentralization—the way it works today in some way influences the hiring pool from which you can draw. We’ll briefly explore that here, then move onto best practices as regards remote onboarding.

A Closer Look at Decentralization

Decentralized infrastructure was already coming over the horizon before the 2020’s disaster. Through solutions like BYOD, or Bring Your Own Device, businesses were seeing greater productivity. BYOD protocols allow workers to get done what they need to at home, often on their own schedule.

The vast majority of modern responsibilities in white-collar businesses don’t require the sort of nine-to-five operational design that’s been the norm over the last few generations. A lot can be done more efficiently at home—BYOD is more productive, for example—not only for white-collar industries but blue-collar businesses as well.

Owing to modern tech capabilities, workers with any company allowing BYOD solutions don’t have to commute, they don’t have to spend money on gas in addition to the time lost, they don’t have to set up a cubicle or deal with coworkers that are sometimes antagonistic—the list goes on. Meanwhile, businesses don’t need to pay rent for workspace or parking.

Custodial personnel is no longer as large an expense. Even hardware costs are curbed through cloud-based networks hosting productive infrastructure via BYOD. So savings were already there prior to 2020; now they’ve been fast-tracked into prominence. Accordingly, it makes sense to hire remotely—that sort of thing benefits from some best practices, though.

For some employees, it’s impossible to have “physical” meetings. If you’re running a company in Wyoming with a hundred employees, ten of which are located in Prague, you’re likely never going to meet them. Meeting once a month or sporadically over the year is wise, but not possible in all business environments.

So, at minimum, you should have a few casual conversations with new hires at intervals as you present company culture directives, brand protocols, and work policies. Granted, you don’t want to be too laid back; but the more laid back you are in such meetings, the better.

Establish clear boundaries, then show how stark those boundaries are by giving new workers the ability to interact with you in multiple “spheres”. There are “professional” boundaries and “casual” boundaries. When people know their limitations, they’re more likely to work within those limitations in a way conducive to the overall business.

Also, when workers see you as an individual and get to interact with you in real-time, that shows you’re not some faceless ‘bot’ or other entity, and that there is a real occupational opportunity with your company. The more faceless you are, the more new hires will treat your company as some machine. But when they see real people and build relationships, trust follows almost symbiotically.

There’s a difficulty here, though, in that boundary establishment must be immediate and clear. If managers get too professional in all interactions, it’s hard to build a relationship. If things are too casual, then employees won’t have their best face on when it’s time to be professional, and that could impact client relationships.

Also, boundaries both strengthen and support employees. If new hires don’t know what limitations to abide by, there’s a greater likelihood they’ll be cautious when they need not be, and constantly play the cover-up game. People need to be able to take some risks and strike out on their own. This is especially true in things like sales.

You’d think reducing boundaries would encourage a more “free” occupational approach, but it seems to have the opposite effect. Certainly, though, there are also employees who will push the limits until they do something which gets them in trouble.

Avoiding that sort of thing is another reason to quickly establish clear boundaries. All told, there’s a balance here, and the cost of proper consultation to get that balance right might well be made up through the profitable productivity of more efficient operations, as well as avoidable issues that you’d otherwise have to contend with

3. Use Software That is Designed For Remote Onboarding


With 25%+ of the workforce operating in a remote capacity, it is to be expected remote onboarding software solutions will start making waves in professional markets.

When there’s low supply, there’s a high demand; and right now there’s a demand and a need for such products, but owing to the faster-than-expected infrastructural switch, there aren’t as many options out there as there will likely be in the near future. Accordingly, suppliers have begun answering that demand.
A few established options exist, and if you’re looking to get an idea of what expenses will run you up for such onboarding software, information on pricing is available here. Finding which options most effectively match your brand and corporate culture is key to making the process straightforward, simple, and optimal.

4. Design Onboarding to Be Flexibly Improved Over Time

Because decentralized productivity represents a novel quantity in many modern professional environments, it’s to be expected associated conventions will shift. So whatever you do, don’t design policies that cannot be changed.

You don’t want some iron-clad procedure put in place right before another industry-morphing transition. Instead, design onboarding procedures with an adequate level of flexibility that’s built-in. That way, there’s still structure, but you can move where you need to when the time comes.

As decentralized infrastructure becomes more streamlined, it’s to be expected that any and all jobs which don’t expressly require workers to be physically on location will be outsourced. This can extend to some surprising areas. Blue-collar jobs were mentioned earlier, and they do have positions that could be outsourced.

Secretaries need not be on-site and generally aren’t when a contracting agency is building something. Why not let them work from home? For quarry operations, equipment dispatchers don’t necessarily need to be in “the pit”. With computer modeling and remote infrastructure, they could work from home; the list goes on.

Flexibility over time, incorporating the use of software designed for remote onboarding, designing careful and realistic boundaries, and establishing in-person meetings or casual interactions as a means of building trust represent key means of streamlining onboarding processes for new hires.

These best practices generally apply to most businesses. Additionally, a little consultation from the right professionals—especially for very unique operations—could be worthwhile for your business in this area.

Though decentralized remote infrastructure has been percolating at the fringes of modern business for around a decade now, today it is in full swing, and plenty of businesses are making mistakes.

Getting the onboarding process right will help you benefit from the cost-effective benefits of decentralization more quickly than competitors, and could well give your business a much-needed edge in the market. So explore what’s out there, and find the sort of remote infrastructure software and innovation that matches your company’s culture.

Image by mohamed Hassan from Pixabay