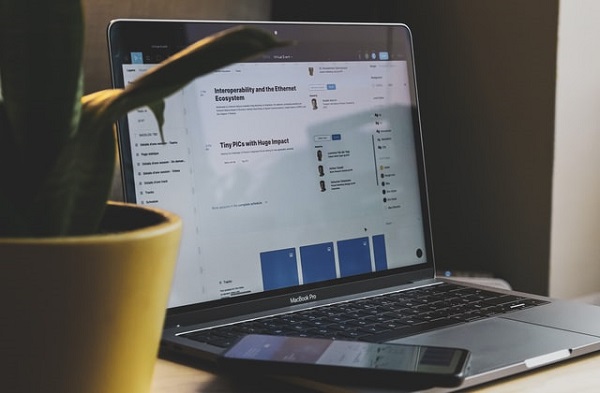 Remote working brought about many changes that companies and businesses had to work with and adjust. Throughout the initial stages of the pandemic, people were unsure about the process with the vast uncertainty around and the constant changes taking place. Whenever the number of cases would significantly increase, the state or country would implement a state-level or national level lockdown, and people were not allowed to leave their homes.

With companies and businesses working remotely or shutting their doors until the situation got better, unemployment started increasing. There were some places like the UK and US that got hit harder than most. Across the world, the Government was working on providing people, companies and businesses with the necessary assistance to get better. There were plans and solutions like the furlough scheme, where the Government paid high amounts to cover the salaries of people working for companies if they could not afford it.

Through the initial phases of the pandemic, the unemployment rate was in almost double digits. Unemployment in the UK almost reached 7% but then started dropping as more people began getting their vaccine. Additionally, the UK was lowering their restrictions, and people were allowed to leave their houses while companies and businesses started functioning, which led to the issues with unemployment getting better. On the other hand, in May 2020, the Bureau of Labor Statistics reported that they lost 20.5 million jobs, with the rising unemployment rate to 14.7% in April because of the Coronavirus pandemic in the United States. Most companies working in industries connected to in-person jobs were in shambles, mainly because they had to hit the brakes on the work they did and could not function. Hospitality, construction among many others had stopped, with a few allowed to function, were they under the essential services category.

Most of the companies remote working through the pandemic noticed a decrease in productivity in the initial days. There were various challenges with remote working, and the most significant one was that, for the most part, people could no longer compartmentalise their lives. People were constantly bothered by personal errands and chores. Furthermore, collaborating is a lot easier in person as opposed to remotely, which was also challenging.

Companies were now working with new rules like having their teams have regular virtual meetings, so they were up to speed on what the other person was doing. Each group could meet at specific times over the day, and they would talk about the tasks they were handling that day. If any additional requirements might be needed were they collaborating with another team, these should provide them or collect at the start, so there were no bottlenecks.

Companies were coming up with interesting activities for remote working teams to connect across the board. One of these activities was a tour of their workspace to the others on your team. They would take some time off work and show the others what their workspace looked like so they did not feel like a random person, but everyone got to know one another. Another concept that they created was being a random person alongside you to the workday. The idea was that most people were working from home so they had others who were around them, likely their families. They would take a moment to introduce a random person who was alongside them, either a spouse or a kid to the rest of the team.

The most challenging part about the pandemic was that people were rarely leaving their homes which mean they were feeling quite alone. Getting the team to know them and the people around them, made the process a little more personal which made coordinating work a lot more bearable. Furthermore, with the easing up of restrictions, the team leads, in most cases, started going to their offices or would coordinate similar meetings remotely, which makes the process significantly easier. Both internal and meetings with clients were now online, making it safe when recruiting.

Most countries implemented social distancing norms to reduce the spreading of the virus. The flipside was that companies could no longer bring their employees into the office because they had to maintain the same spacing rules. Smaller offices or office buildings could only have a fixed number of people coming. They started working on new rotation systems where different teams came in on varying days, especially if they were looking to coordinate a process together.

With many changes taking place across the board amid a pandemic, people lost their job or quit as companies were pushing through changes. The employment scene within most countries was not the best, and with some companies going through the hiring process, many teams did not meet the person they were working with. While they were coordinating online, companies started coming up with new interaction techniques for people within a team to get to know each other better.

Why were background checks becoming the norm when hiring?

Without enough information about the people they were bringing in, employers started making the background check an important requirement. However, the level of detail required in a background check varied based on the job description or position the applicant was applying for. While everyone did not need a criminal record test, people could use third-party platforms to understand their test requirements and apply for one. They would then get to the interview with their report ready to fast-track through the line.

Although background checks are not a mandatory requirement, most people got them because they made the job application process significantly easy. Jobs that were not a client or people facing were a little laxer about the process, while essential services and the medical profession were a little stricter about the rules. Even companies in the UK who were working with people overseas were making them provide background checks. While the duration of the checks and tests was not standard, some of them ranged back five years and took into account the previous jobs they worked as well. Depending on the specifics of the new position, some had to be coordinated with multiple police departments as well.

Photo by Sigmund on Unsplash