4 of the Biggest Challenges an HR Department Faces 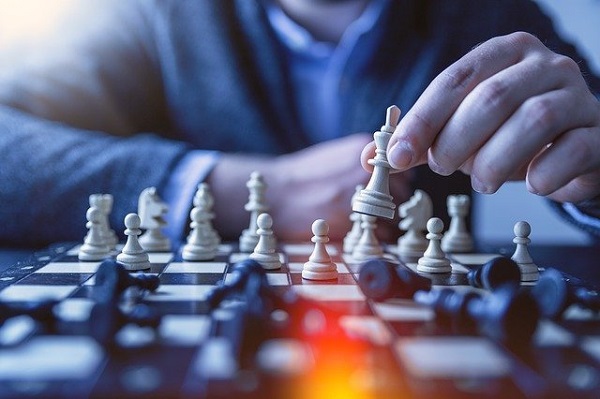 You probably know that in the business world, HR stands for human resources. The HR department is one of the company’s nerve centers. If you don’t have common sense HR policies in place and dedicated staff, your business will probably run into trouble sooner rather than later.

If you talk to HR department members about what their biggest challenges are, you’ll often get some of the same responses. It’s useful for company heads to know what these prevalent issues are to understand how to avoid them.

Let’s talk about four of the biggest HR obstacles that companies can encounter.

Some companies have gone over to a hybrid work model since the pandemic began. This means that the workers split time between remote and in-person work. Most companies who want their workers to be at a centralized location at least part of the time find this to be a suitable compromise.

Whether your company has its workers physically there some or all of the time, HR departments often identify management changes as one of their biggest challenges. That might mean turnover of company heads, whoever is running the HR department, or both.

In theory, getting a new company or HR head won’t change how things operate all that much. In reality, turnover almost always causes disruption.

Different bosses, both at the very top and in various departments, are almost always going to want things done their way. They’re rarely content with leaving everything as it is. Each one will have a particular company vision, and seldom does it coincide with the previous one.

To make your HR department happy, try to leave the same people in charge for as long as possible. They’ll appreciate the continuity.

Compensation means pay, and if you’re paying everyone in your company well, everyone will be content. Most people want more money, though, even if they’re making the amount the free market says they should based on their position.

The HR department does not set the pay scale. It doesn’t hire the individuals with which it has to deal on a daily basis.

However, if someone has a salary complaint, it’s not uncommon for the HR department to hear about it. That’s because, even though management usually tells the workers not to compare their salaries and to keep that information to themselves, the employees seldom listen.

This is a tough problem to alleviate. The optimal thing to do is to pay your employees well and to try to encourage them not to talk about how much they make.

Some HR departments identify not enough leadership development as problematic, particularly with less established companies. Newer companies often try to have their department heads learn on the fly. In an HR department, bringing in less experienced individuals and putting them in leadership roles can cause real problems.

The solution is to either hire individuals who have led an HR department before and can point to that experience on a resume, or else to have leadership training available that can quickly give the suitable candidates the skills they need to thrive. You can offer regular leadership seminars, either in person or online.

If you have people leading the HR department who know the common problems it’s likely to face, nothing will blindside them. They should have the solutions ready for most issues before they even arrive.

Some HR departments identify organizational effectiveness as an issue. What they mean is chain of command.

If you’re ever in the Army or another military branch, you’ll quickly see that one of the reasons it functions so well is that everyone knows to whom they should report. They know who’s directly above them in the chain of command, and they can go to them if there’s ever a problem. If ever someone’s subordinate reports an issue, and the person to whom they reported it does not have the answer, they can go to the next individual above them.

You should run your HR department the same way. If a clear chain of command exists, everyone knows who to speak to if something goes wrong. If there is never any doubt about that, everyone feels much more confident and ready to tackle each new challenge that arises.

If your HR department is firing on all cylinders, that’s one of the best possible assets you can have as your company tries to get ahead in its particular niche.

Image by Jan Vašek from Pixabay