The Truth Behind The 7 Most Popular Leadership Myths 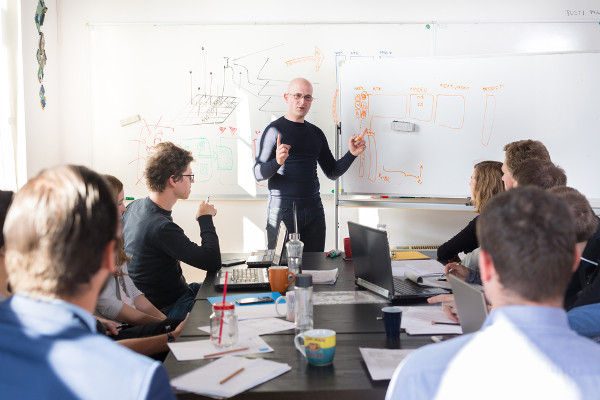 An army of donkeys led by a lion is better than an army of lions led by a donkey. This is an old saying that perfectly reflects the importance of leadership in all aspects of life and business. Each company, team, or department needs a strong and reliable leader who will create conditions for a lucrative business.

However, a vast majority of professionals are not really sure what it means to be a leader. They have many doubts concerning this phenomenon and often misinterpret the qualities of the most successful team managers.

That’s why they don’t even try to develop leadership skills and stay away from taking any responsibility. Our task in this article is to bust the most popular leadership myths and reveal the real truth behind this role.

1. Leaders Are Born That Way

Let’s be straight about this myth – leaders are not born that way. Instead, they work hard to solve problems and overcome all obstacles in business. It’s a matter of strong will, endurance, and self-belief.

As the matter of fact, nobody ever gave a precise definition of a leader. It’s just a set of qualities that some people grow over time and use them to manage their teams productively. Therefore, you should keep in mind that leaders are not born with any sort of gift. They simply improve themselves up to the point in which they are able to attract and handle the best employees.

2. Leaders Must Be Charismatic

Some leaders could be described as charismatic. Just think John F. Kennedy or Steve Jobs. However, most leaders are not even close to being charming and charismatic (who said Bill Gates?). It’s another misconception about the leadership that you need to forget.

Also read: The Basis of Leadership Is Born in the Brain

There are a number of other qualities that could actually make you a good manager. You need to be proactive, persistent, and rely on analytical thinking. You need to hone interpersonal skills and communication. Of course, it would be great to have a charismatic personality as well but it’s simply not the obligatory precondition.

Quite a few business professionals think that the most effective leaders have the power to manipulate and persuade their followers. They see successful managers as politicians who lie in order to achieve their goals. Although it’s easy to detect some elements of manipulation in a leader’s everyday work, you should not interpret it this way.

Namely, good commanders will never build the business on manipulation. They are professionals who know how to handle team members and they are well aware of everyone’s flaws and qualities. In such circumstances, they can predict the outcome of all operations and simply give instructions to coworkers. This is not what you call a manipulation. It’s just a management well-done.

One more myth suggests that leaders rely on titles and high ranks to express their leadership skills. A lot of people really think that they need to have an official position of power and authority to become influential. However, this is far from being true.

We already mentioned that genuine leaders possess all sorts of qualities which allow them to stand out from the rest of their peers. Guess what – these qualities are impossible to hide and you will show them regardless of your current position in the hierarchy.

It’s always good to see an extremely successful person who is highly educated. It gives us the feeling of satisfaction and the proof that hard work pays off. There is just one small catch here: you don’t need to obtain the highest academic honors to become a leader.

As the matter of fact, some of the best businessmen of all time had a very limited formal education. For example, people like Henry Ford, Benjamin Franklin, or John D. Rockefeller were all undereducated, which didn’t stop them from becoming some of the most successful individuals in the history of mankind.

It’s a common misconception that leaders have to be in charge of everything and lead the way all the time. On the contrary, reliable managers know when it’s the right time to let their employees take over control and do what they know the best.

Also read: How Neuroscience Can Make You a Better Leader

In this type of situation, the leader is supposed to monitor the work in progress and give suggestions if something goes wrong. It’s all about the timely feedback and quick reactions but it’s never about keeping the control paddle in your own hands constantly.

The fact that leaders have some qualities which make them stand out from the rest of the workforce doesn’t mean they can only be solo players. It’s a myth that leaders work alone and don’t need help from their subordinates.

On the contrary, they achieve the best results when they are allowed to manage big groups. Leaders have extraordinary communication skills, among other traits. This is why efficient managers don’t run away from working in larger teams – leaders cannot develop in solitude.

Being a leader is not easy as it demands a lot of dedication, intuition, analytical skills, and hard work. This may sound surprising to many people because they believe in some popular myths about the business leadership.

In this article, I tried to explain the 7 most common misconceptions in that regard. I really hope that it will make things easier for you and give you encouragement to work on your own skills. Being a leader is within your reach and you should be aware of it.