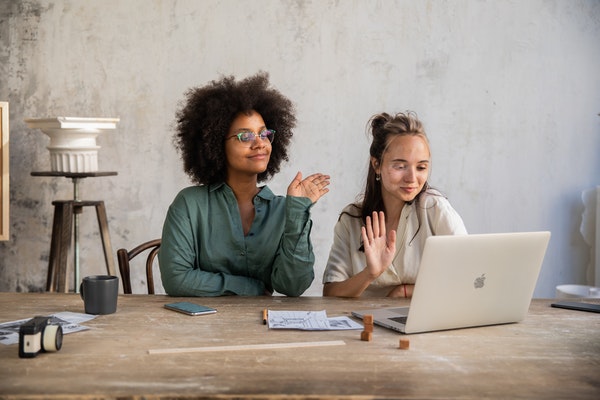 Conference calls can be a challenging way to communicate, even when everyone is a native English speaker. But if your call includes participants from different countries or others whose first language is not English, it can take even more work to ensure engagement, collaboration and understanding. Using tactics like these can help everyone contribute to their full potential.

Do: Choose Video When Possible

Even with the “Zoom fatigue” we all seem to be experiencing these days, video meetings are a better option than conference phone calls if some participants will be using their non-native language. With video, participants can see other’s body language and facial expressions, which makes it easier to convey what they’re saying and to understand each other. Also, watching someone’s mouth increases understanding. So don’t feel odd if you see participants watching your mouth – this only means they are trying to understand.

Sending out an agenda and goals ahead of time will make any meeting more efficient. But this is especially important to do when some participants will be using their second language. Putting together even a few bullet points that meeting participants can refer back to will help everyone track what’s going on. It’s often easier to read in your second language than to hear it or speak it. That’s because most of us learn academic reading and writing much more than we learn speaking and listening in our home countries.

Do: Speak Slowly and Clearly

Even when native English speakers aren’t trying to talk quickly, their speech sounds rapid-fire to someone who speaks English as a second language. This is a good thing to remind everyone of at the start of your meeting. Ask participants to slow down and enunciate clearly so that they can communicate more effectively with their colleagues. You can have a code word to help people remember, or write it privately in the chat to remind others to go half speed.

Much of the “English” that you speak during the course of the day at work wouldn’t be recognized as English by colleagues who have primarily learned the language in the classroom. To communicate in a way that’s easier for everyone to understand, try to limit the following:

Do: Take Advantage of the Chat Feature

But even if the native English speakers at your meeting try to speak slowly and limit their use of confusing language like jargon, non-native speakers still might catch everything that’s going on. So how can you ensure that no one misses important information? Most video conferencing platforms have a feature that allows participants to type messages to the group. (In Zoom, this feature is called Chat.) Before you meet, assign someone to paraphrase and sum up what’s being said as the meeting progresses. Remember, it’s easier for people to read than to understand the spoken language, in most cases. So make sure they can follow along, as this will ensure you get relevant and timely feedback from them.

During your meeting, assign someone to write up a synopsis and send it to everyone afterward. This is another way to help non-native English speakers catch up on any information they might have missed or had trouble fully understanding. This synopsis should be simple and straightforward. Don’t worry about trying to “sound smart.” Even your meeting attendees who are native English speakers prefer to-the-point writing and plain language.

If international calls or video conferences are common in your organization, provide English language training for non-native speakers (or whatever the second language is), even if they already have some degree of fluency. This training should focus on the English words and phrases that they need for meeting participation and other work activities.

Don’t: Assume Everyone Knows ‘the Rules’

When people from different countries are on a call or video conference together, language may not be the only barrier to understanding. Different cultures can have very different meeting etiquette. In addition to language training, help all of your employees learn about each other’s cultures and the different assumptions you may have about how meetings will work.

As business increasingly becomes more global, meetings that transcend international borders will grow even more common. Following guidelines like these will help all of your team members feel heard, included and ready to contribute to their fullest.

Photo by EKATERINA BOLOVTSOVA from Pexels