5 Ways To Address Conflict Within Your Team At Work 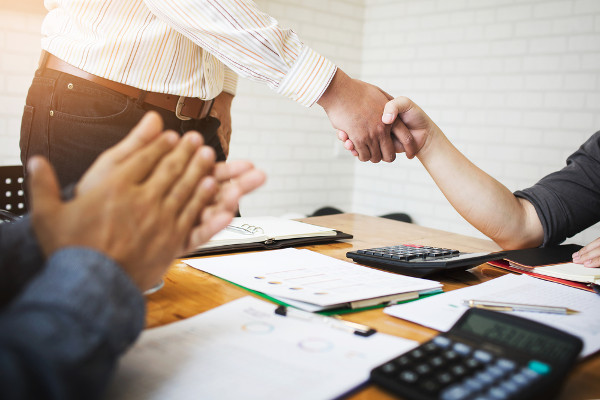 Unfortunately, conflict is an all too common trait in workplaces around the world. Whether it be a singular bully unleashing tirades against an unwitting team or two people bickering endlessly, the effects of conflict at work are profound and run deeper than they may appear on the surface.

With that being said, here are five excellent ways to address and subsequently banish conflict within your team at work.

Talk to the boss

Perhaps the easiest and most effective way of addressing conflict in the workplace is by approaching your boss straight away. Whether you’re involved in said conflict or not, don’t feel it unworthy of reporting back to the person(s) in charge, letting them know how detrimental and distracting it is within the workplace.

Also read: How To Manage Conflicts Between Bosses And Their Staff

With bosses always having the wellbeing and productivity of their employees in their best interests, they’ll be spurred to remedy this conflict if they understand the impact it’s having on getting things done. When there’s a rift between teammates at work, it has a far larger effect than you may see upon the surface. Don’t let it get too far – allow your boss to stop it in its tracks.

Support and uplift each other

If you’re noticing some initial hostility and coldness exerted by your fellow colleagues, do your best to go against it and showcase pride and support towards them. People work better when their peers are uplifting them and outwardly expressing their gratitude and praise for their work, so if you showcase this behaviour, you’ll be likely to get it back.

Smart Pension echo this sentiment, reminding us that you spend more time with your colleagues than you likely do with your family. So, it’s crucial you work together and support each other’s ideas, in order to achieve results as well as create a more positive workplace environment.

Although team building days may sound cliché and trite, their positive outcomes shouldn’t go underestimated. There’s a reason so many companies offer them – you’ll be brought closer together, working with your peers in many different ways and getting the chance to socialise in ways that don’t involve work itself.

Team building days can be extremely diverse, too. Whether it’s something relaxed and chilled, such as a day out exploring London, or something more high-octane, coming together as a team in any circumstances will have a surprising amount of benefits.

Try not to retaliate

Sometimes conflict can take the unfortunate form of bullying, which can easily be detrimental to one’s health, productivity and wellbeing – especially when a remedy isn’t found. However, there’s one simple way to get the bully to cease their behaviour. Simply don’t retaliate or entertain their words.

By ignoring a bully instead of firing back, you’ll be lessening the joy and pleasure they get out of targeting you. Bullies simply seek a rise and a reaction out of you, so by not giving it to them you’ll find they stop a lot sooner, and you won’t have to look elsewhere for a remedy.

Pull the offenders aside

If the conflict doesn’t directly involve you but is still enough to distract you from your work, consider pulling the offenders aside and letting them know how detrimental their actions are in terms of the workplace environment and the feelings of their fellow colleagues.

It may be the case that they simply were unaware of the effects their conflict has been having upon their peers, yourself included – by telling them directly, it’s likely they’ll feel embarrassed and ashamed enough to stop.

Do you have any more tips for addressing conflict in the workplace? Be sure to let us know in the comments below.