From Revolution to Evolution: Business Ethics in Human Resources

Throughout the 1960s, business ethics arose out of an increased awareness of matters such as environmental issues, corporate responsibility and social movements. These were a major focal point of the decade including civil rights, feminism and the start of the LGBTQ+ movement. Since then, business ethics have evolved beyond the basic moral code of right and wrong into an attempt to define what companies ought to do legally while retaining a competitive edge.

What Are Business Ethics?

At their core, business ethics aim to secure a level of trust between corporations and their consumers by focusing on fair and equal treatment. Examples of business ethics in action relate to key issues like: 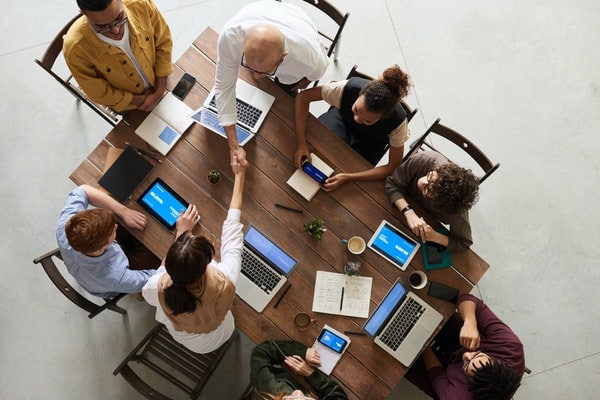 Photo by fauxels from Pexels

How Do They Relate to Human Resources?

Why Business Ethics Matter in HR

The reasoning behind business ethics is nuanced and wide-ranging, but two key aspects involve:

Rather than achieving success through unethical practices (thus risking damage to their reputation), an ethical organization strengthens its credibility through the culture it creates. This requires a clearly-defined ethics framework based on a set of values that aim to achieve fair and equal treatment for all.

The level of formality given to its structure depends on the scale of the organization, but in all cases it has a code of key ethics at its core. Done well, this code is less about compliance-driven protocol  than it is about defining appropriate, kind and just behaviors in the workplace.

A study from 2018 found toxic work environments to have a significant impact on productivity and employee burnout. Toxicity in the workplace is another nuanced topic relating to workplaces operating under a “culture of fear”, where top-down pressure leads to unfair, and even punitive treatment of employees.

In the last few decades (particularly in light of shifting priorities arising from the pandemic), attitudes such as this have started to change, with greater focus on collaboration and mutual support within organizations and in turn, greater potential for increased productivity.

From Revolution to Evolution

In the continuing evolution of business ethics in human resources, HR professionals play a key role signified by their job title. Through cultivating an environment where everyone is accepted and valued, businesses can grow beyond the restrictions of a solely profit-orientated culture into one which is stronger, kinder, and altogether more human.