How To Reduce Legal Risk When Terminating Employees

Do you remember Donald Trump’s reality show ‘The Apprentice’? It was synonymous with the words ‘You’re fired!’ That show made employee termination appear like an easy and casual thing to do. However, whip-smart human resource (HR) managers know that workplace terminations should be thought of carefully and implemented cautiously to avoid the possibility of expensive legal suits. It’s difficult enough to terminate a team member without the extra pressure of a claim or dispute for wrongful firing, prejudice, retaliation, or additional lawsuits under national and state employment regulations.

Too often, HR managers subject themselves to avoidable blame by making quick decisions, insufficient inquiries, or normal misconceptions concerning the lawful protections given to employees. Yet this is avoidable by understanding the concept of wrongful termination.

To put it simply, ‘wrongful termination’ means the unlawful termination of an employee. Often, the employer decides on the employment and dismissal of a team member; however, there are specific situations when a dismissal is considered illegal under the law. For instance, in California, the labor code has an assumption that an employer hires a team member at will. Thus, the employer or the worker might end the contract without reason or warning.

Depending on the situation, a lawful dismissal can occasionally be considered unlawful. For example, an HR manager might decide to dismiss a team member three days after she complained of discrimination at work. Such a case might be considered an act of retaliation against the team member for forwarding the complaint. In a real sense, the team member might not perform at work, hence the reason for termination, but it will be backbreaking defending against a claim unless the HR manager proves it.

Therefore, HR managers need to understand what are grounds for wrongful termination. Otherwise, it would be an uphill task to prove that their actions were fair in each team member’s dismissal. Luckily, they can reduce the legal risks arising from termination. Read on to find out more. 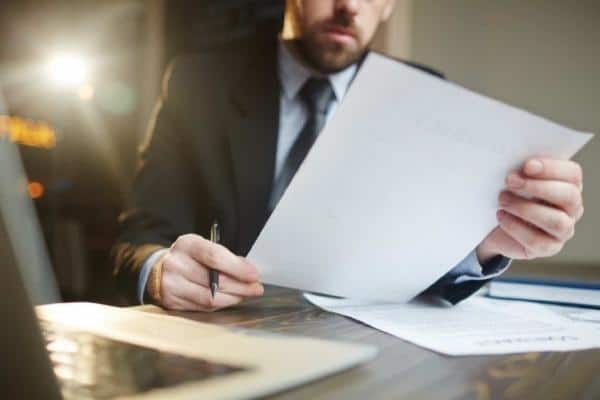 One of the easiest approaches to reduce legal risk is to record the basis for the conclusion or resolution reached after consideration in the worker’s personnel folder. Suppose there’s been a previous incident involving the infringement of safety policies or disobedience. Hence, all those involved, along with any eyewitnesses, must be questioned and requested to write their testimony if necessary. Additionally, you should provide the employee with a report indicating any other disciplinary concerns and ensure they sign to accept receipt.

Every company has a list of policies that guide employee engagement. Therefore, as an HR manager, it’s imperative to ensure that all personnel guidelines have been adhered to fairly and impartially before terminating an employee’s contract. There shouldn’t be room for any missed step or process, and personnel guidelines are applied the same way.

For instance, if you want to dismiss a worker due to poor performance, go through the team member handbook to establish what it says about performance metrics. Are the metrics too low? Has the employee tried to improve his metrics recently? Has the company provided equal and enough resources for employees to excel in their work? Has the team member handbook specified poor performance as a ground for termination? Make sure to follow your company’s progressive disciplinary policy.

It’s unlawful to dismiss a worker based on gender, religious conviction, pregnancy, culture, or age as per national and state laws. For example, some heterosexual, homosexual, or marital status categories are protected under state laws. When an employee is shocked or puzzled by a termination letter, many will rush to take legal action against discrimination. Workers who form the minority group include women, expectant mothers, or those above 40. Therefore, ensure you’re not handling such employees differently than other personnel.

Terminating a worker’s contract due to disability is also against the law. If you have to fire a team member with a disability, you have to make sure as an HR manager that you’ve adhered to your company’s policies thoroughly when you file the cause for termination. The team member in question might ask for ‘reasonable accommodation,’ which may include a flexible work schedule, longer breaks, and adjustments to help them do their job better. This must be heard and taken into consideration. Dismissing a team member due to performance issues caused by disability and without discussing the issue at hand can lead to a costly disability discrimination lawsuit.

If you adhere to these practices as the HR manager and your superiors and personnel will be more discerning about their actions toward one another, then dismissal decisions may be minimal. However, when circumstances force you to terminate employees found to be at fault, the practices discussed here will play a crucial part in defending the organization against wrongful termination lawsuits.