Gender Pay Gap: Why Is This Still An Issue? 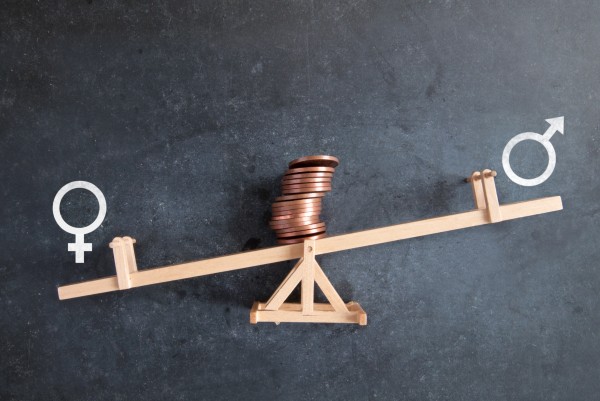 Although the Equal Pay Act has been in existence for well over 50 years, the gender pay gap still exists in the US and many other countries – including the UK. Even more concerning is that progress seems to have slowed: the gap between men and women’s pay narrowed more in the 1980s and ’90s than it has in the last decade.

The gap in pay

An ‘Equal Pay Day’ – a day of the year when a woman’s pay equals a man’s – is currently set at April 10, so women would have to work nearly four extra months to ‘catch up’ with a male’s pay packet in general. Currently, women’s pay is 80 cents on the dollar compared to men’s.

So why are W3 forms being submitted from companies and organizations all over the US showing higher earnings overall for men than women?

At the last count, just 24 of the CEOs of Fortune 500 companies were women – and even this marks a reduction of 25 per cent.

Lower pay can be a difficult cycle for women to break free from.

When going for new positions, their salary history could well be taken into account when being offered a package by a prospective employer, so they might simply be offered a salary commensurate with that they’ve previously earned.

This has been illustrated in some experiments where jobs were applied for using fictional applications and comparisons were made between the differing pay packages proposed for the ‘male’ and ‘female’ applicants.

Also read: Here’s Why You Should Encourage Gender Equality in Your Company

In general, pay rates still vary in certain job sectors that are dominated by one gender.

For example, care work and nursing – mostly dominated by women – is generally lower paid than other industries dominated by men, such as certain areas of construction and high-tech employment like software development.

A good example of an organization’s gender pay gap is an airline. Many of these would have a gender pay gap since the job of a pilot – a role mainly filled by men – pays much more than cabin crew, where women traditionally dominate. This means that there is likely to be a gender pay gap in some airlines unless there are more female pilots.

Compared to other countries in Europe, the US has lagged behind in terms of transparency over men and women’s pay.

Since April 2018, UK organizations in the public, private and voluntary sectors with 250 or more employees have had to publish their average pay for men and women. They can also include explanations as to why there is a gender pay gap (if there is one) and how they plan to reduce it.

In Norway, Finland and Sweden, everyone’s tax returns are available on request.

Steps are being proposed and, in some cases, taken by US organizations to be more open and less discriminatory; in some cities employers aren’t allowed to ask prospective employees about their salary history.

Another initiative makes for more pay transparency within organizations so that employees know more about what salaries are being paid for certain jobs, allowing them to negotiate promotions and changes of role more easily.

While women are generally still the victims of a gender pay gap, the disparity is even more pronounced with women of color in the US. The Equal Pay Day referred to earlier is even longer into the year for some.

Also read:[Infographic] The Gender Wage Gap By The Numbers