What Michael Scott Teaches Us About Workplace Happiness

The manager of Dunder Mifflin Scranton branch, Michael Scott is one of the main characters of the long-running and beloved sitcom “The Office.” Everyone loves to laugh at Michael’s shenanigans — everyone except the people in his fictional office, of course. Though later seasons do see a change to employee morale, the beginning of the show is characterized by an intensely dissatisfied staff, despite Michael’s fevered attempts to improve their mood.

Why don’t Michael’s best efforts make his team happy, and how can real-life business leaders learn from his mistakes?

In the first season of “The Office,” national paper company Dunder Mifflin is suffering from the progress of the Digital Age. Businesses no longer need as much paper as they once did, and as a result, the company is downsizing, requiring its Scranton branch to perform layoffs. The staff knows that Michael Scott has been tasked with firing a member of the team, and Michael’s erratic nature means that it is impossible for anyone to predict whether their employment is safe.

Job security is essential for a happy, productive workplace. Though layoffs are often unavoidable, especially by middle management like Michael Scott, there are ways to provide workers with reassurance that leads to a sense of job security even in times of economic turbulence. Managers should maintain transparency, communicating openly and honestly with their employees even when they have difficult news, like the imminence of layoffs. Additionally, being decisive with terminations allows the remaining workforce to relax and settle into their new workflow with greater ease. 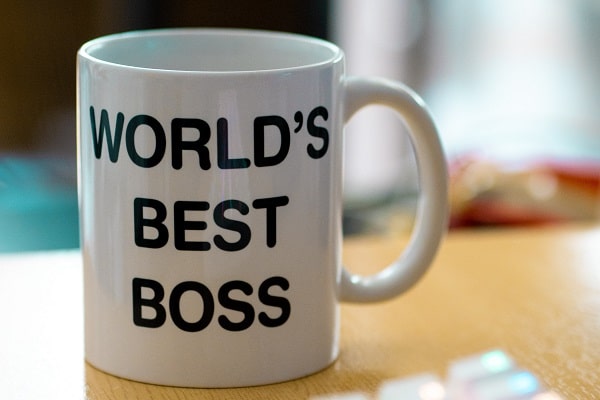 Photo by Pablo Varela on Unsplash

Throughout the series, Michael’s workers consistently request pay raises. Yet, despite their high level of performance — higher than any other Dunder Mifflin branch, in fact — the Scranton staff are often denied access to better pay. There are two reasons for this: First, Michael has little authority to grant pay increases, so the requests of his workers must be forwarded into a bureaucratic labyrinth where they are likely to be lost. Secondly, Michael himself maintains a low salary, and none of his subordinates is allowed to surpass his pay.

Employee pay is an enormous expense shouldered by a company, so many businesses strive to keep wages as low as possible. However, pay is a significant motivator, and workers who are not paid what they believe their skills and knowledge are worth are likely to become unhappy and look elsewhere. In the workplace, money can buy happiness, and managers need to find a balance between what the company can afford and what will keep employees productive.

Michael cares about his staff — but not enough to see and appreciate their accomplishments. Over and over again, the hardest working members of his team must find recognition from other sources to feel that their effort is valued. For example, while Michael is out, his employees create the Office Olympics to celebrate individuals’ unique abilities and achievements. Later, while Michael is determining which employee is well-suited to take his place as office manager, a worker has an emotional outburst because neither Michael nor anyone else in the office has recognized her loyalty and skill.

It does not matter what motivations are driving an employee to perform; if they are consistently unseen and unheard, they will leave for another job at another company. Business leaders who struggle to make time for praise and awards can utilize a recognition program to track employee effort and achievement. In addition, managers should allow for plenty of one-on-one communication with employees, so workers have the space to receive praise and provide feedback about the level of attention they are receiving.

Michael Scott seems to be able to provide appropriate support to his employees when they are in crisis, but at other times, support is either stifling or utterly absent. Who receives support, how they receive support and when they receive support are all essentially unpredictable, with the effect that when Michael is there for his workers, it is surprising even to the audience.

Workers need to be able to rely on the people and systems within their workplace. Inconsistency can lead to anxiety, which directly thwarts an employee’s ability to be happy. At the managerial level, businesses need to maintain level headed behavior and offer necessary resources to keep their staff productive and content.

Michael Scott is America’s most beloved manager — but he is not always good at his job. By recognizing how Michael’s antics get in the way of his workers’ happiness, real-world managers can do better to make their workplaces happier and more productive than Dunder Mifflin Scranton.