How To Determine Your Employees’ Salaries

The world of work is changing fast. The long awaited 4th industrial revolution is threatening to make many jobs obsolete and the rise of remote working may just about have killed off the office cubicle. As well as this, the American economy has witnessed what many have called “The Great Walkout” as unprecedented numbers of workers elected not to return to their old jobs following the pandemic; as such a record number of entry, manual and hospitality jobs still remain unfilled.

And in the midst of this, the murmurings of hyper-inflation are driving wages and salaries upwards at record rates! In this post, we will look at a few ways in which employers can make sense of this new world. We will examine the questions of how to decide on an employee salary, how much to pay your employees and how to determine employee salary range in 2022.

How Much To Pay Your Employees in 2022

Wages are rising and many would say, not before time. Following the banking crisis of 2008, global wages entered a prolonged period of real term stagnation. Many employees (especially in the public sector) were subjected to pay freezes lasting for years, and any pay rises that were awarded generally struggled to keep pace with inflation. In short, employees felt that they had less money in their pockets and living standards across the developed world declined for the first time since the post-war era.

However, the events of the last few years have (kind of) begun to redress that a bit. Following the COVID pandemic and the ensuing lockdowns,  a record number of 47million Americans resigned from their jobs and chose not to return to work causing something of a labour shortage as employers struggled to fill positions. Therefore, in order to fill these roles, bosses had no option than to advertise the vacancies at higher starting salaries which of course, meant that all existing staff members expected a pay rise too.

Whilst recruiters disagree about the real significance of these so-called wage increases, there is plenty of anecdotal evidence of bar and kitchen jobs being remunerated at an extra $1 – $2 per hour, whereas in-demand HGV drivers reported a whopping 40% pay increase in some cases.

Finally, at a time when employers were already having to amend their budgets to accommodate rising wages, 2022’s hyper-inflation began to bite, forcing the cost of absolutely  everything upwards at truly alarming rates. 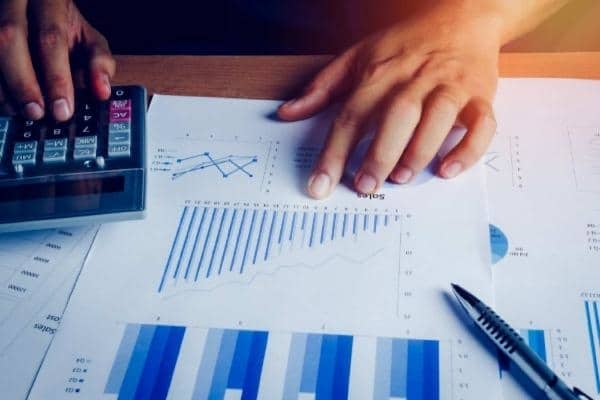 How To Determine Employee Salary Range

Now, whilst no business can afford to simply give money away, the reality is that demotivated staff are bad for business, and staff leaving you for your competitors is outright catastrophic. Thankfully there are a few ways which you can help re-evaluate your employees wages and remain a fair and competitive payer into 2022.

Salary benchmarking is when an organisation looks at what other similar organisations pay their employees and then works out a median. This is perhaps the most common method used by employers to set salary guidelines.

Of course, whilst an employer is free to use the benchmark as a guide, they are not bound by it and are free to offer “more than” the market average in order to try to motivate staff, and attract the best talent. Note that paying below the benchmark will result in an unhappy workforce not to mention increased staff turn-over so choose wisely.

Of course, the complication arises in deciding which inflation metric to use. For example, the Fed has recently increased inflation rates by 0.25% whereas some ‘real inflation’ indexes are reporting a 6% – 10% rise in the cost of living. Most employees will be expecting pay rises in accordance with the latter otherwise they may begin to struggle to make ends meet.

Another way of assessing pay increases is to try to work out how much your business can actually afford. For example, whilst it may be nice to be able to offer employees an ‘inflation + 2%’ pay rise of 8%, you need to be confident you can afford to sustain this long term. Many businesses are suffering from rising energy and other operating costs and handing out pay rises may tip some businesses into financial trouble.

Some smaller businesses may even be tempted to refinance and borrow in order to stay in the wage arms race. However, this is a high risk strategy as the consequences of defaulting on a loan can be severely damaging for a business; even if the default is quickly rectified, the damage done to the credit rating can take years to restore.

On the other hand, if your business is booming as a result of the new world (ie, if you are in the oil or arms business) then offering pay rises in line with inflation may come off as miserly. Remember that an employer who feels valued, will be more productive and loyal and as such, many employers prefer to look at ‘generous’ pay rises as an investment rather than a cost.

Final Thoughts on How To Decide On An Employee Salary

Whether you are a natural born philanthropist or a latter day Ebenezer Scrooge, the fact is that employing people is going to cost you more today than it did a year ago.