Different leadership theories and how they are applied?

Leadership theory is the application of different theories in order to understand effective leadership. Each theory has been developed by those who have studied leadership behavior and examines what qualities make a good leader and how they apply to different situations. The following list includes some of the most common leadership theories, including their main characteristics.

The great man theory is a 19th-century idea that leaders are born, not made. It believes that the qualities of a great leader can be seen in early childhood and that these qualities can’t be taught or learned but are innate. Great man theorists believe that history is shaped by exceptional individuals called “heroes” or “great men” who possess superior intelligence or abilities and extraordinary willpower. They assume that such individuals are born with unique characteristics rather than being shaped by their environment. According to this theory, these heroes shape their destinies through their choices and actions.

The great man theory is often criticized as overly simplistic and inaccurate. The theory has also been criticized for its sexism because it rigidly assumes that all great men are male.

The theory has been superseded by other theories that recognize the importance of other factors influencing historical change, such as social structures and institutional influences on people’s lives. 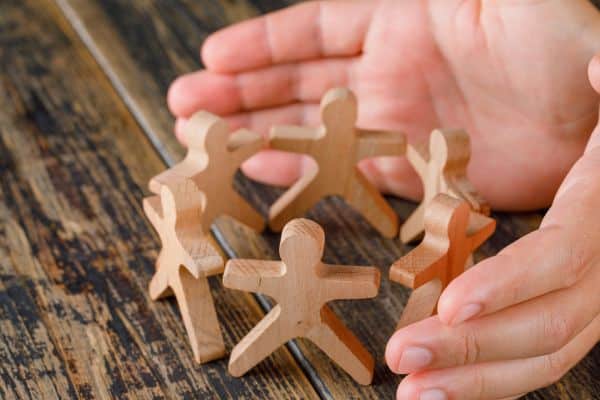 Image by 8photo on Freepik

The trait theory holds that people have certain dispositions and characteristics that are stable and consistent, such as their personality. These traits predict behavior by studying how people act, think, feel or look. According to this theory, leaders can be identified by possessing certain characteristics, such as intelligence or creativity. For example, some leaders might be dominant, while others are more collaborative.

Trait theories are based on observations of behaviors over time, so they may also consider how these behaviors change when someone is under pressure or experiencing stress (known as situational leadership).

Trait theories were first developed by scientific psychologists during the early 20th century and suggest that effective leaders share characteristics regardless of their context or situation (for example, leadership traits should apply across cultures).

The behavioral theory again argues that leaders are born, not made. This theory is based on the assumption that leaders have certain personality traits that make them more effective. Leaders also have skills and abilities that they can learn and improve upon. While behavioral theory proposes that leaders are born with certain characteristics, it also allows for the idea that these characteristics can be developed over time by learning from others or through experience.

The transactional theory is the idea that leadership is based on a process of exchange between leaders and followers. The focus is on what each leader gets out of the relationship, as opposed to their personal development or the development of their followers.

The transactional leader may use power tactics like coercion and manipulation to achieve goals quickly, but such behavior can create resentment among those who must work with them. They are often seen as “the boss” rather than a mentor or coach (although they may be those things too).

The transformational theory is an approach to leadership that focuses on creating a vision for the future, motivating people to work towards that vision and empowering others to act. Transformational leaders are visionary, inspiring and motivational. They have strong ethics and values, which they communicate clearly.

Transformational leaders empower others by encouraging them to develop their full potential, helping them take responsibility for tasks and projects, sharing information with them, giving them growth opportunities, providing feedback on performance and celebrating successes.

Servant leadership is a theory of leadership that focuses on the needs and interests of followers. Servant leaders put the needs of others first and are not concerned with their own needs, wants or desires. They don’t seek power or control over others; they use their influence to help people grow as individuals, teams and organizations.

Servant leadership can be applied in any setting where someone influences another person or group (for example, family or workplace). It can also be used by anyone interested in developing their leadership skills.

The contingency theory of leadership is based on the idea that effective leadership depends on the situation. According to this theory, no universal qualities or characteristics make a good leader; instead, leadership styles vary depending on the circumstances.

This idea can be illustrated by an example of a football coach who decides to adopt an aggressive style of play. A coach might choose to go with such a style if they have talented players and believe they can execute the plan well enough to win games. However, if the team is struggling and low on morale, adopting an aggressive approach would likely fail them and their team.

In other words, leadership styles are flexible. They change based on what’s happening at any given time within your organization or environment.

Leadership is a crucial skill for anyone in business, and one of the best ways to learn about it is through an advanced management degree program. While some people are natural leaders, others require more training and experience before leading others effectively. An advanced management degree, such as the MSc finance and management at Aston University, will help you develop leadership skills and gain a deeper understanding of what it takes to be successful as a leader.

Leadership theories are conceptual frameworks that offer a systematic and reasoned basis for explaining various aspects of leadership. The purpose of a leadership theory is to enable and guide leaders in their practical application of the concepts and principles involved in the practice of leadership. If you yourself are a leader, or aim to become one, it might be beneficial to take a look inwards and consider what you consider effective leadership.