A Wormhole in Leadership 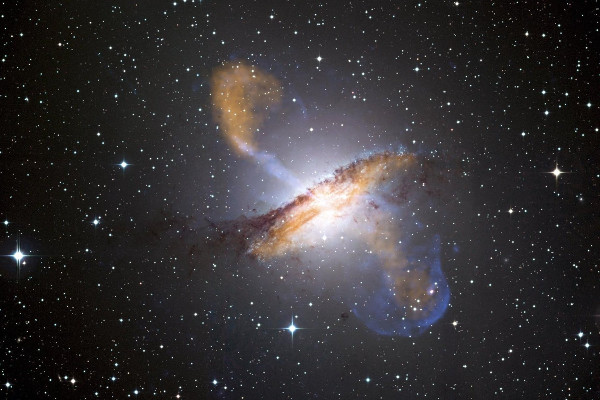 If there are any Black Mirror fans out there who have not seen episode 1 of season 4, USS Callister, do NOT read any further, many spoiler alerts contained.  If you are not a fan or even heard of the brilliant NetFlix series, I suggest you run, do not walk to your favorite binge-worthy couch and get caught up. Black Mirror was created by Charles Brooker and is described as a “contemporary reworking of The Twilight Zone with stories that tap into the collective unease of the advances in technology in the modern world”, so basically, it’s super cool!

Also read: Managing vs. Leading – How It Can Make All of The Difference

For those of you who are just curious, I’ll do my best to detail what happens in this episode and how brilliantly it mirrors (pun intended) modern day leadership and the tragic affects that a misguided leader could have on individuals within the organization.

The series starts with a cheesy rendition of Star Trek (Star Troopers ) where hero, Capital Daly, goes through a series of missions, saves the day and yes, kisses the girl (both of them). You’re left wondering (as with every episode of Black Mirror), what the hell is happening? Star Troopers ends and you are in the modern world where our Captain Daly is a regular Joe working at a company called Callister. As he enters the building, he’s ridiculed by pretty much everyone and seems like some sort of lackey until you get to his office where his door says “CTO”.  His so called “partner” treats him like he’s a low level employee and even the intern demands more respect than him. The new doe-eyed employee, Nanette, is the only one showing him respect, even admiration, and he really, really likes it.  Without going into too much detail, Callister’s main product, called “Infinity”, was created by our Captain Daly and is a futuristic look at what virtual reality video games are unescapably turning into, where players lay on recliners, put a small metal dot to their temple, eyes go white and boom, they are in whatever world they want. Cool, huh? Total Recall is coming folks, no use in hiding. Well our Captain Daly gets a bit pissed with the lack of respect he is gets and finds a way of using DNA to upload characters into his Star Troopers story, his business partner and nemesis and his new office crush Nanette, are the leading characters.

At first you feel sorry for this guy and you think that Captain Daly’s treatment of these characters in Star Troopers is justified, but then you start to see a really dark side.  You come to find out when he stops the game, the characters are left in the space shuttle in what they describe as an “eternal waking nightmare from which there is no escape”.  Hmm… this is interesting, I wonder how many employees feel that way about their current work situation? He’s goes as far as to use his partner’s love for his son to yield him into submission, which seems to be an ironic parity of how most employees feel their families will be literally “shattered”, if they aren’t obedient to the leader and stay in their current job.

When his office crush gets uploaded and is freaking out because the man that she admired most, the CTO of Callister and creator of the beautiful world of Infinity, turns out to be a manipulative psycho, things start to get interesting.  Hmm. Am I hitting raw nerves here with anyone?

The fearless leader goes as far as to take off their genitals in the game causing Nanette to get really mad, claiming that “stealing my p*&*%  is a red f*%$#*&  line”.

She takes her anger and proceeds to disrupt the system by aligning teammates to join her cause of overthrowing the evil Captain. As Captain Daly starts to lose control, he tries to remind the team that Star Troopers is a “goal to strive for the benefit of the universe, for the benefit of life itself”. Wow, there’s some lofty goals that none of the people on the space ship are on board with, and are downright even resentful hearing.

Fast forward to the end, our love interest saves the day by bringing the team together to accomplish a shared goal, (getting out of the game) and aligns the teams based on what is motivating each of them the most about the cause.  She flies the crew into a wormhole which puts our characters into “an infinite procedurally created universe” where they can go anywhere. She takes the helm of the ship, pan into her face and there’s a twinkle in her eye and a happy crew sailing off into infinity. Whereas our poor Captain Daly is left spinning alone in darkness forever.

If this is hitting any cords, it should, it’s basically a dualistic view of what I believe is going to be the ultimate evolution of the way large organizations are run. The days of cutting the balls off of employees, demoralizing them into submission and then expecting them to follow unrealistic visions is quite frankly primordial. If leaders want to see their organizations evolve and not find themselves swirling in irrelevant darkness forever, they need to start to figure out where their space ship team is unraveling, and fast. Nanette’s brilliance was in her ability to quickly identify what was motivating each of the crew members to take action in the face of unfathomable fear. For the business partner/nemisis, it was his love for his son. For others, let’s just say a lot of people really like to keep their genitals intact. Motivation is easy to achieve when you have a crew of 5, 10, even 100. But what if you have thousands? How do you identify what’s going to motivate them to take action, even when it’s scary for them or there is tremendous uncertainty?

I can’t say that I know how to fly a space ship or even remember a single Star Trek episode, however, identifying motivators is something that is within our grasp now. For leaders that have lived this episode, there is help, you can move your organization into the infinite, just take the first step into your wormhole of leadership.

About the Author: Carrie Casullo

Carrie Casullo is the Co-founder and CMO of MotiveX , a human capital insights company focused on employee motivation for the Smart Machine Age. Her mission is to live in a world where every individual finds fulfillment and meaning in their work. She has spent over 25 years inspiring organizations and employees to achieve their highest potential through strategic imperatives that deeply impact; employee engagement, learning and development, marketing and sales initiatives.