Is Your HR Information System at Risk? Learn How to Secure it!

A Human Resources Information System (HRIS) is a critical part of any organization, storing sensitive employee data that can be used for identity theft, fraud, and other malicious activities. Unfortunately, these systems are also at risk for cyberattacks. This post will discuss with depth, the hazards of Human Resources related security breaches and how they can be successfully prevented to a large extent, with the aid of vulnerability scanning and or penetration testing.

The risk associated with HRIS

There are several reasons why HRIS systems are at risk for security breaches. First, they often contain a wealth of sensitive employee data, including Social Security numbers, addresses, and financial information. Such sensitive information is made use of by hackers to instigate grave cybercrimes along the likes of identity thefts, financial frauds and more.

Second, HRIS systems are often integrated with other corporate systems, such as payroll and benefits, which makes them a tempting target for attackers. Finally, many HRIS systems are accessible from the internet, making them vulnerable to attacks by malicious actors.

There are steps that you can take to prevent HRIS security breaches. An effective step to combat possible security threats is to carry out regular penetration tests and or vulnerability scans as a part of one’s SaaS security regimen.

What are Vulnerability Assessment and Penetration Testing?

The method used for identifying, classifying and prioritizing the loopholes found, be it on computer systems, applications and or network infrastructures is known as Vulnerability Assessment. Penetration testing (also known as pen testing) is a type of vulnerability assessment that simulates an attack on a system to identify security flaws.

Both vulnerability scanning and penetration testing can help you identify weaknesses in your HRIS system before they can be exploited by hackers. These tests can also help you assess the effectiveness of your security controls and identify areas that need improvement.

Periodic vulnerability scans and penetration tests must be performed as a component of any HRIS security program. Some other effective steps to ensure your HRIS system’s security include:

By taking these steps, you can help mitigate the risk of HRIS security breaches and protect your organization’s most valuable asset – its people. 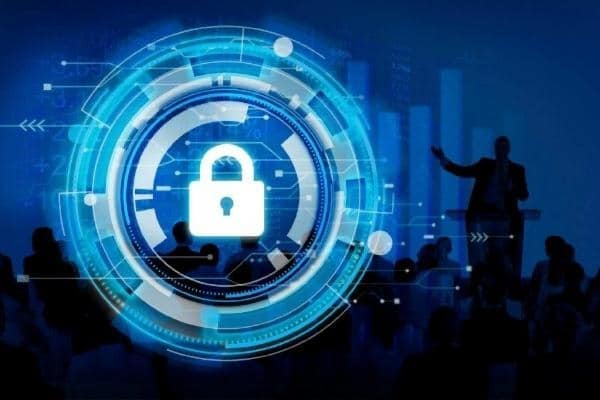 What are Some SaaS Security Tools That You Can Use for This?

Astra Pentest: This tool provides a web-based interface that makes it easy to conduct pentests. It comes with a bunch of cool features like continuous testing, CI/CD integration, and zero false positives that set it apart from other solutions.

Nessus: Nessus is a popular vulnerability scanner that can be used to scan for vulnerabilities in computer systems, applications, and network infrastructure. It offers a wide range of features, including the ability to conduct authenticated scans, which can help you identify hidden security flaws.

Qualys: Qualys is another popular vulnerability scanner that offers a wide range of features, including the ability to scan for vulnerabilities in cloud-based systems. It also offers a web application scanning tool that can be used to identify security flaws in web-based applications.

Nmap: This popular tool is used commonly by large populations as a network exploration tool that is capable of finding open ports or compromised systems within a network. It can also be used to conduct ping sweeps and port scans, which can help you identify vulnerable systems.

Metasploit: Metasploit is a popular exploitation framework that can be used to exploit vulnerabilities in systems. It offers a wide range of features, including the ability to launch remote attacks and generate reports.

These are just a few of the many SaaS security tools that you can use to secure your HRIS system. By taking advantage of these tools, you can help mitigate the risk of HRIS security breaches and protect your organization’s most valuable asset – its people.

HR-related security breaches can be a major risk to an enterprise. However, there are steps you can take to mitigate the risk of these breaches, such as conducting vulnerability scans and penetration tests on a regular basis. By taking these steps, you can help secure your HRIS system and protect your organization’s most valuable asset – its people.

About the Author: Varsha Paul

Varsha Paul is a marketing specialist at Astra Security. She is a keen security enthusiast, loves playing with data, and has a passion for writing about technology.