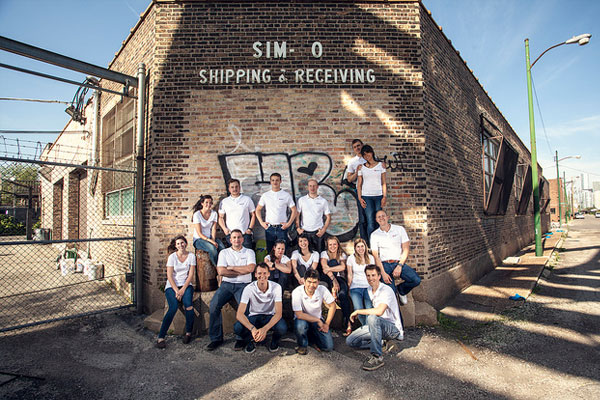 Company culture is a big part of the corporate world. People joining the workforce are often in search of a company that sets itself apart from others through perks, management dynamic, and refreshingly unorthodox policies.

Companies have become increasingly aware of the importance of employee happiness and often their culture reflects that. However, company culture can be very fragile. Talking about work culture is one thing, but staying true to it and keeping it in check is a task, in and of itself.

Why company culture is important:

Each and every person comes with their own personality that defines who they are. A company’s culture is a lot like its personality. It defines the way people are able to interact and operate within the company. Overall, employees will work better in every respect if they are in an environment that is positive and promotes happiness. When the circuits align and things are running smoothly inside the company, the positivity will shine outward and attract business.

If a company has a management style that involves too many layers, efficiency can be stifled. Rather than just getting things done, they constantly have to be run through the line in order to be approved.

Having a defined hierarchy of employees can have negative effects on how a company operates and can cause conflict. Often, this hierarchy can cause people to be driven and motivated by status instead of creating and accomplishing quality work.

Bureaucracy started as a way to basically create jobs; but more and more, complicated hierarchies have demonstrated their worthlessness in the modern workforce; the focus of the modern workplace is now shifting toward the individual and his or her talents.

The ability to break down the walls of a hierarchy and collaborate between teams and departments can produce quality work and get the creative juices flowing.

Bureaucracy often leads to micromanagement. When employers or managers are constantly breathing down employees’ necks, they are more motivated by fear than by pride in their work. Employees who have eyes on them can feel like they aren’t trusted or are forced into the belief that they can’t get anything done on their own.

Rather than making them feel like workhorses, focus on their talents. Employees who feel they are able to use their talents and abilities in a way that benefits their job will excel.

Status is also the main driver of someone who has a big ego. These people  focus on their own success rather than the success of the team or the company as a whole. Teamwork is one of the most crucial aspects of a well-oiled, productive machine and ego destroys the team aspect of any project.

The people in a work environment who have big egos are typically in it for ulterior motives and aren’t motivated by others or the work itself, but by the possibility of power, getting that raise, or moving up. This is another reason why bureaucracy can crumble the workforce.

As the saying goes, “Negativity begets negativity,” and one of the biggest promoters of negativity is gossip.

Frequently, gossip is mistaken for small talk and it can be easy to get roped into. There are so many reasons that people choose to gossip but more often than not, it is because it’s easy to do and everyone else is doing it. Gossip can perpetuate conflict, sour relationships, and worst of all, bring people down, individually.

Teams are made up of individuals and if those people do not feel welcomed or liked, then it is hard for a team to function and produce quality results.

Equally as poisonous as gossip, dishonesty is the last thing your company’s culture should be built on. Lies will diminish trust between employers and employees and cause a business to implode. This includes not only outright lies, but lies of omission as well.

When a group of people have to rely on one another in order to accomplish tasks and meet deadlines, it is important that they are able to have faith in each other. Trust is a driver of engagement and although there are a lot of different things that make up trust, honesty is a key component.

Culture can make or break the success of a company. What positive company culture really boils down to is the individual happiness of each employee. When each person feels valuable, the outcome can be magnificent. Building positive, trusting relationships is the best way assure success within a company.

Author Bio: C. Joseph Richards is a part time student and works full time at an internet marketing firm in Boise, Idaho. In his free time, he enjoys researching business, school, and career related subjects and is trying to share his knowledge, one blog post at a time.