What Happens When There Are Smart Business People 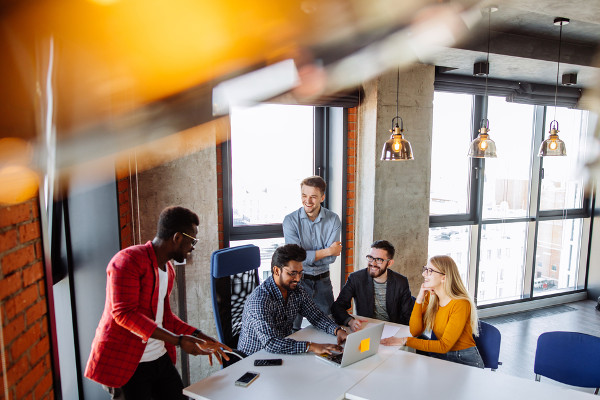 Standout cultures have an abundance of smart people, but not in the usual way. They understand the little things that make organizations consistently perform at an amazingly high level.

These traits describe the truly gifted; they…

Drive to be different

They know that customers have more choice and power today than ever before and to get their attention requires an organization to stand out in some meaningful special way.

Also read: How To Make A WOW! Culture That Astonishes People

Rather than follow traditional benchmarking practices used by most others, they seek the holy grail of competitive differentiation — to be the only ones that do what they do — and use this strategy to stand out from others around them.

They understand that the way to serve customers in an exemplary way is to serve employees in the same manner. If dazzling service doesn’t happen on the inside it’s unlikely to happen on the outside.

They use the strategic game plan of their organization as the context for all tactical activity. Chasing tactics that don’t relate specifically to their strategy is a characteristic of non-performing organizations; they don’t go there.

They don’t over-analyze everything. The degree of study they apply is commensurate with the inherent risk associated with the decision to be made. The greater the risk, the more analysis is done to try and minimize any downside possibilities.

And they don’t get mesmerized with the tools of analysis; they realize they are a means to the end, not the end itself.

They know that the quest for the perfect solution — which doesn’t exist in any event — only takes valuable time away from execution. They understand that success is a function of doing lots of imperfect stuff fast and are willing to work with a “just about right” solution until the appropriate solution is found.

They are believers in the notion that the more tries one makes the higher the probability of an innovative result will be produced. They use this approach to fuel their champions of change brand and currency in the organization which allows them the ability to garner resources to get things done.

They are mindless about execution. They are comfortable with loosening up on the plan to get it notionally correct and bear down to focus on execution. They understand that performance depends on how well they execute, not on the efficacy of the plan.

They spend copious amounts of time with the frontline; “on the coal face” where the customer meets the company. Learning what’s really going on. Make a meaningful change. They don’t have an ivory tower mentality.

They are contrarian by nature. They believe that the source of opportunity lies not in copying what others are doing, but rather in charting a course that no one else is on. They are 180-degree thinkers who are at ease with going in the opposite direction to where the crowd is going.

They place a priority on meeting with customers regularly. There is no substitute for getting feedback on performance directly from a customer. They make it a priority and schedule it weekly on their calendar.

Also read: This Is What Happens When People “Talk” The Customer

They are relentless and voracious learners. Standing still intellectually isn’t an option in a world changing every instant. Creating value for the organization depends on business people “keeping up”. They believe staying ahead requires learning leadership.

The smart generation of business people know that success doesn’t come from an academic pedigree; they understand that an “egg head” culture is unworkable in today’s messy world where only inelegant solutions survive.

They know that brilliant performance and the right culture is a function of practicing the fundamentals of being different than the competition, staying close to customers, serving employees and executing strategy in the trenches.

About the Author: Roy Osing

Roy Osing is a former President and CMO with over 33 years of leadership experience covering all the major business functions including business strategy, marketing, sales, customer service and people development. He is a blogger, content marketer, educator, coach, adviser and the author of the book series Be Different or Be Dead.